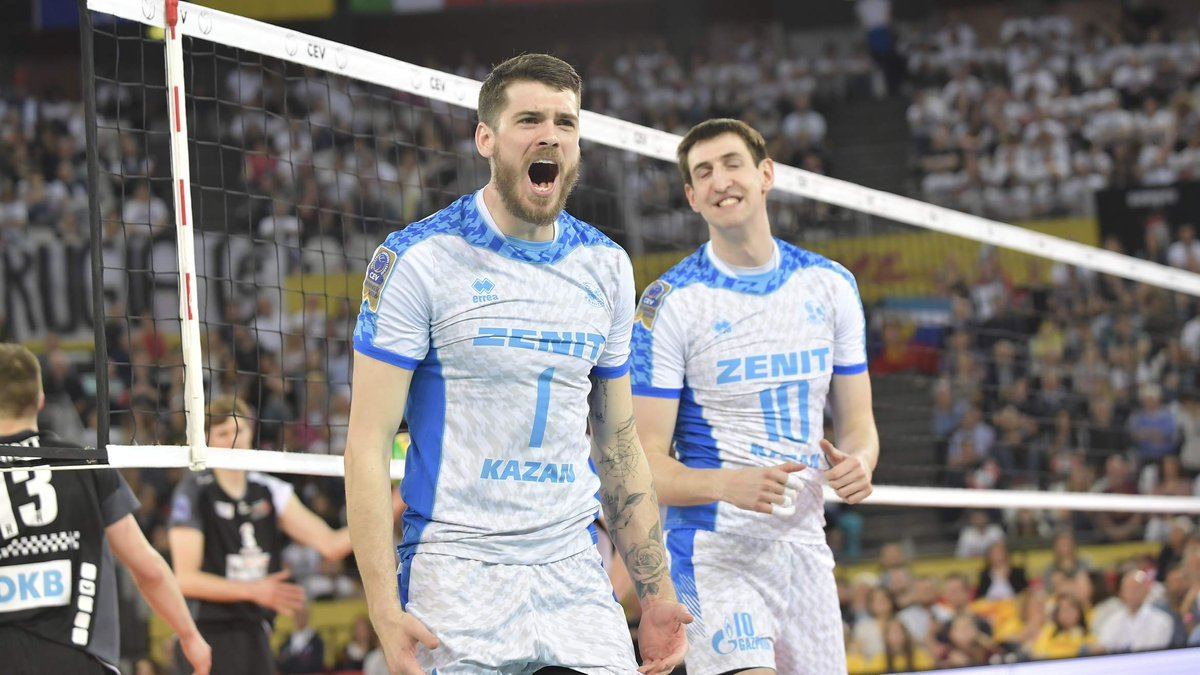 Defending champion Zenit Kazan punched its ticket to the CEV Champions League final with a sweep of Berlin Recycling Volleys to kick off the Final Four in Rome on Saturday. Zenit, of the Russian Super League, will vie for its fourth Champions League title on Sunday after downing BR Volleys, of the German Bundesliga, 25-21, 25-22, 25-13.

For BR Volleys, Robert Kromm led the way with 12 points, including 11 kills and an ace.

In the match-clinching third set, Zenit hit at a .600 clip, while holding BR Volleys to a .290 effort.

“It’s been a while since we took to the court and played,” Anderson said, explaining his team’s slow start to the match to CEV.com. “Even the best athletes resort to their comfort zones in bad moments. After the first set and a half we started to play a lot better and felt more comfortable with our… uncomfortability there, and just kept playing.”

Zenit Kazan will face the winner of the second semifinal match between Italian Serie A foes Cucine Lube Civatanova and Sir Sicoma Colussi Perugia. That match is set to begin at 1:30 p.m. ET and will be streamed live on ESPN3.com.

The Lube Civatanova roster includes setter Micah Christenson, who played collegiately at USC and is a member of the U.S. national team.

The two semifinals winners will play for the gold medal on Sunday, while the two losing teams will vie for the bronze.

Get to know each of the four teams via video here: BR Volleys, Lube, Zenit Kazan and Perugia.