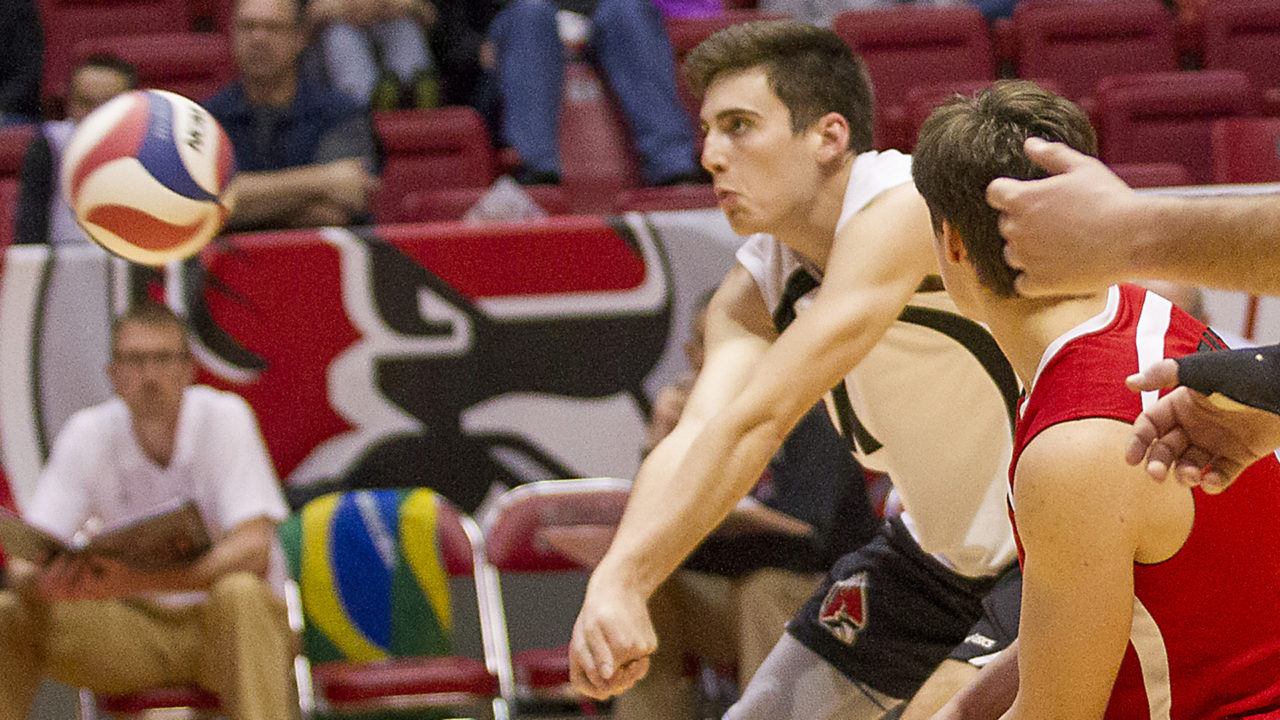 Ball State Cardinals start off their preseason with a 2-0 record and swept Erskine College in Outrigger Invitational in Hawaii.  Current Photo via Ball State Athletics

Ball State has started off their season with a 2-0 record and a sweep against Erskine at Outrigger Invitation. Freshman Matt Szews and junior Anthon Lebryk both had a team high of 6 kills each. Lebryk also had the team high of 7 blocks.

Erskine’s Isaac Lanier had a team high of 7 kills and Trey Jones had 6 kills but it wasn’t enough to overcome Ball State’s .533 hitting percentage.

HONOLULU, Hawaii – The Ball State men’s volleyball team starts the season 2-0 after a dominating victory over Erskine Friday night at the Outrigger Invitational, 3-0.

Freshman Matt Szews had another powerful performance, tying with junior Anthon Lebryk for a team high six kills, along with two block assists and one ace. Lebryk also led the team with seven total blocks.

The opening set had five ties, two lead changes and ended with a final score of 25-19. Ball State had 11 kills, three digs and 10 block assists in the opening set.

The Cardinals easily took the second set with a score of 25-10. Ball State scored the first four points of the set and never trailed. Szews, junior Mitch Weiler and freshman Blake Reardon each tallied two kills. The Cardinals finished the set with a .533 attack percentage.

Ball State ended the Flying Fleet’s night winning the final set with a score of 25-15. Lebryk and Reardon recorded three kills in the third set. The winning point came off a kill from redshirt freshman Lemuel Turner assisted by freshman Courtland Scharenborg.

The 15th ranked Cardinals round out their island play tonight when they take on No. 7 Hawaii at midnight Eastern time.