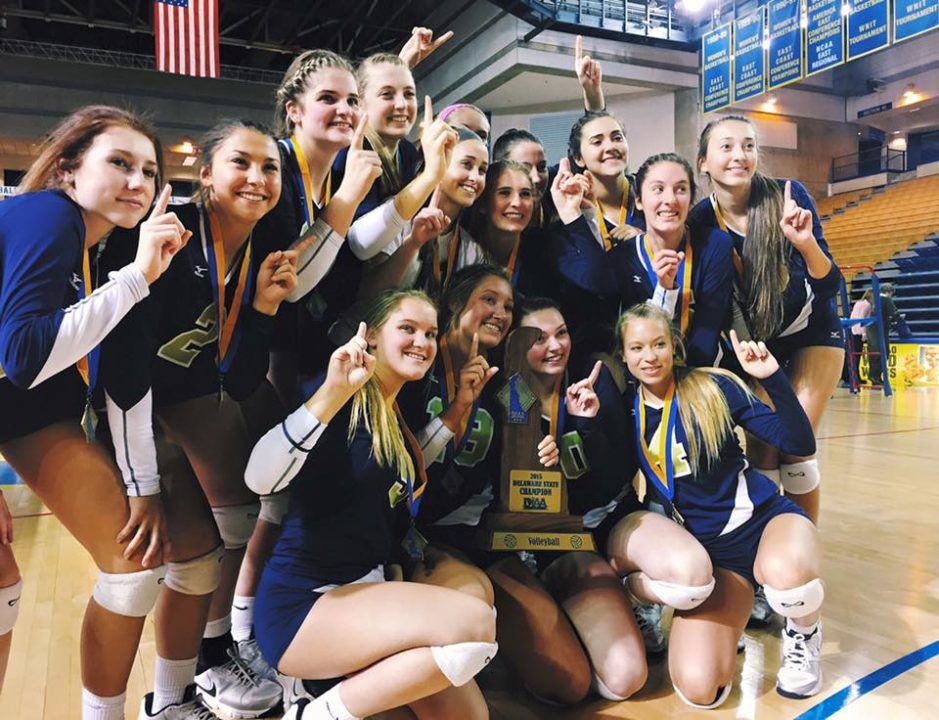 Delaware Miliatry Academy takes the crown for the second year in the row for the Delaware state championship in 2016.  Current Photo via Delaware Preps Facebook Page

Ursuline’s outside hitter Taylor Wright tallied up 19 kills during the final match and freshman outside Corinne Furey had 16 kills, but it wasn’t enough to take down Seahawks Victoria Taylor with 24 kills. Seahawks Cassie Kowalski added 18 kills and 32 digs.

Tower Hill defeated Archmere Academy to take 3rd in state in a two game match on November 14, 2016 for the tie breaker. Tower Hill was seeded No. 1 in the DIAA but finished third.

Tower Hill lost to Delaware Military Academy in two games to three in the semifinals on November 11, 2016. Tower Hill finished their season with an overall record of 10-2. Tower Hill won the state title four years ago.

Hillers Maddie Sachs had 24 kills and 14 digs against Delaware Military Academy while Alex Thompson had 20 kills and 23 digs. Ashleigh Brady had 48 assists and 19 digs. The team is still ranked No. 1 in the state.

Archmere Academy finished their season with an overall record of 16-4 leaving them ranked No. 2 in the state but lost in the semi finals to No. 6 Ursuline.

No.12 Wilmington Charter lost to Delaware Military Academy in 3 games to one.

No. 10 Tatnall lost to a sweep against No. 2 Archmere Academy.