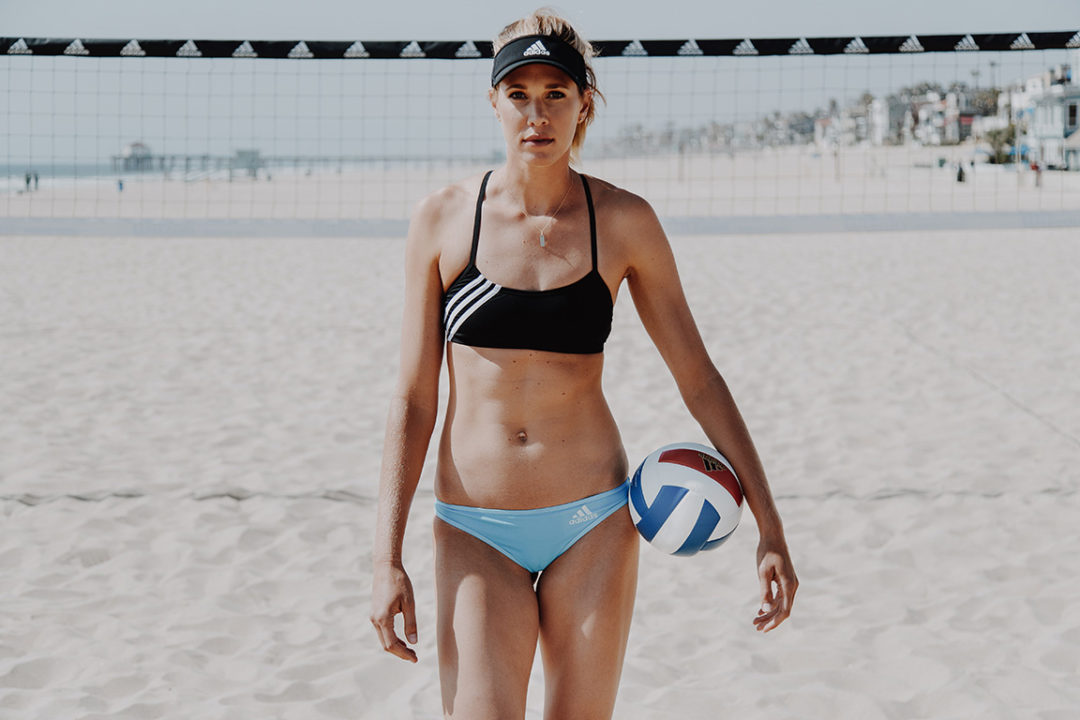 Alix will make her official debut as an adidas athlete at the AVP Gold Series NYC Open at Hudson River Park’s Pier 25/26 from June 7-10. With the new partnership, Alix will become the face of adidas Volleyball and take a leading role in upcoming adidas brand marketing campaigns and collaborate on future beach volleyball performance and lifestyle apparel, eyewear and accessories.

“adidas impacts culture and inspires through their products, their style and the way they support their athletes and partners,” said Klineman. “adidas truly is the brand for creators and they live and breathe that spirit through their innovation, their collaboration and by pushing boundaries – I’m so honored and excited to be a part of the adidas family.”

Strong, witty, stylish, passionate and hungry, the 6’5” athlete from Manhattan Beach, Calif. is the next big thing in Beach Volleyball. After being a four time All-American at Stanford, competing with the USA Volleyball Women’s National Team and dominating on the pro indoor circuit, including a gold medal at the Pan American Cup (2015), Alix burst onto the Pro Beach Volleyball scene in 2017, taking home the Rookie of The Year Award on the AVP Tour. In their first global event together, Alix and partner, two-time Olympic medalist April Ross took the FIVB title in The Hague, Netherlands in January 2018. Together the pair is a favorite to represent the United States at the 2020 Tokyo Olympics.

Growing up at the beach, Alix became passionate about the environment, culture, design, food, fashion, travel and partnering with brands who are committed to sustainability. One of her passions includes preserving the beautiful beaches where she lives and trains and thus one of the many reasons that Alix joined the adidas family was the brand’s partnership with Parley for the Oceans. With the new adidas partnership, Alix continues to create a modern, accessible lifestyle built around her authentic experiences as a professional athlete.

In 2015, adidas announced a partnership with Parley for the Oceans, an environmental organization dedicated to raising awareness about the beauty and fragility of the oceans and to collaborating on projects that can end their destruction. Since then, adidas has supported Parley in both its educations and communication programs, whilst pioneering creative eco-innovations like Parley Ocean Plasticâ and transforming it into high-performance sportswear. In 2017 adidas sold over one million pairs of shoes made from reclaimed ocean plastics. Each pair of adidas x Parley shoes prevents approximately 11 plastic bottles from the possibility of entering our oceans.

“I can’t think of a campaign that could excite me more than the Parley campaign,” said Klineman. “The beach is everything to me – it’s my home, it’s my workplace, it’s where I go to relax and to have fun. I grew up at the beach, and I spend almost every day there. Protecting it is so important to me. I love that the Parley campaign takes a concept as simple as recycling, infuses the style of adidas, and creates sustainable products that can affect such great change.”

So so sooo excited to finally be able to announce that I’m officially part of the @adidas as family!!!! This is seriously a dream come true. I’m so grateful and excited to be joining a team of such talented and inspiring people!#teamadidas @adidas pic.twitter.com/ho3I6ZbLwC