18 Blocks, 30 Points by Caixeta Lift Brazil Past Russia in 5 Sets 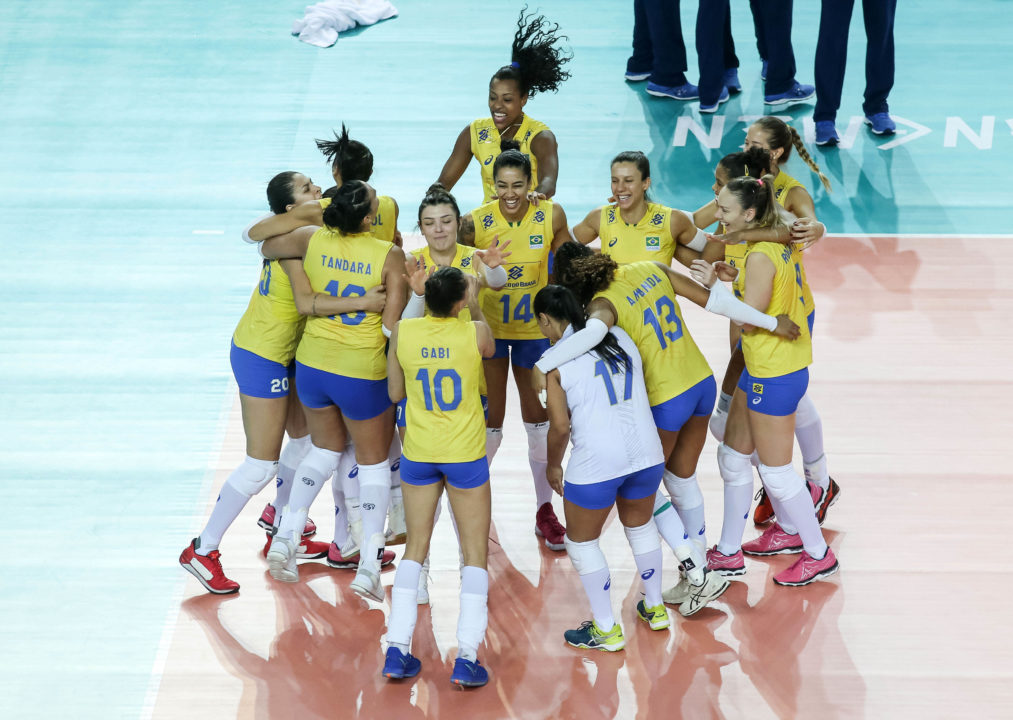 Russia outscored Brazil in the match, but was unable to get past 18 blocks and a 30-point effort by star Tandara Caixeta in a five-set loss on Thursday. Current Photo via FIVB

Russia outscored Brazil in the match, but was unable to get past 18 blocks and a 30-point effort by star Tandara Caixeta in a five-set loss on Thursday.

Russia outdid the Brazilians 60-48 in kills and had help from 27 miscues, but couldn’t pull out the victory. Brazil boasted an 18-9 lead in blocks and 12-11 edge in aces.

Caixeta racked up 27 kills, two blocks and an ace to lead the Brazilian charge. Ana Beatriz Correa chipped in 17 points with eight kills, six blocks and a team-leading three aces. Adenizia Da Silva added 15 points, including a match-high nine blocks to go with four kills and two aces. Drussyla Costa did not start the match, but piled up seven points with six kills and an ace over the final four sets. Seven different players served up aces for the Brazilians.

Natalie Malykh notched 17 points, all on kills, to lead a group of five Russian players with double-digit point tallies. Ekaterina Efimova (15), Irina Voronkova (14), Kseniia Parubets (14) and Ekaterina Lyubushkina (11) followed. Voronkova and Parubets downed 12 kills apiece, while Efimova turned in nine putaways to go with a team-best five aces and a block. Lyubushkina chipped in a team-leading six stuffs, four kills and an ace.

Brazil committed nine errors in the opening stanza and had not answer for Lyubushkina, who tallied three kills and two blocks in the set.

Caixeta heated up and guided Brazil over the next four sets en route to the victory.