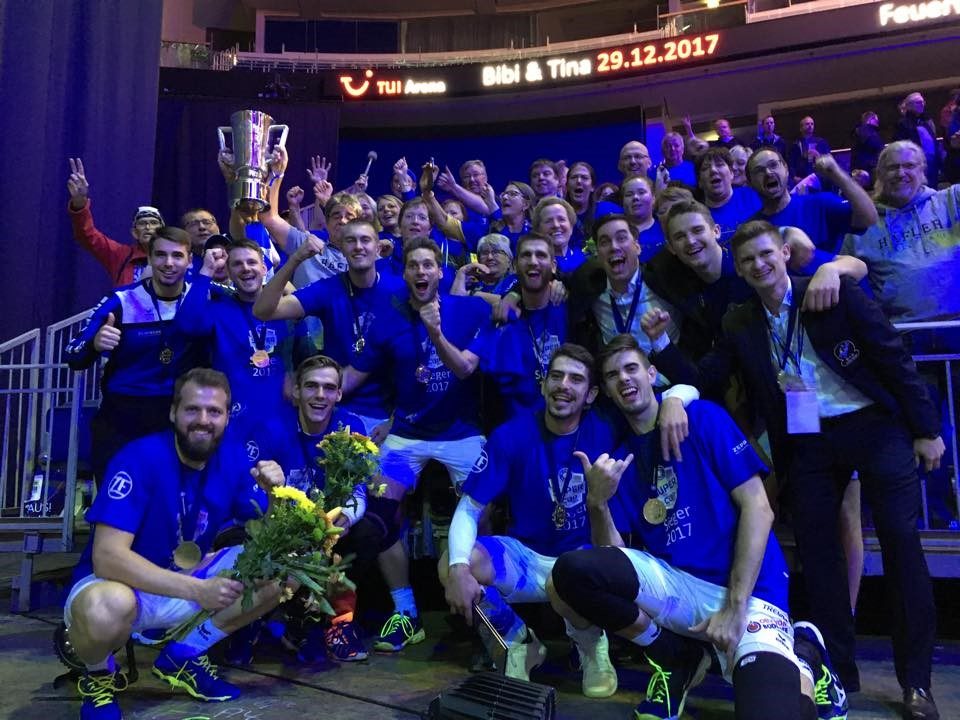 VfB Friedrichshafen successfully defended the men’s Bundesliga Super Cup before a crowd of 5,796 fans in Hanover, Germany with a 3-1 victory over longtime rival, Berlin Recycling Volleys.

After dropping the first set, the VfB side took control of the match with three decisive set victories in which BR Volleys never scored more than 19 points.

VfB was led in scoring by receiver/attacker David Sossenheimer (14 points) and receiver/attacker Athnasios Protopsaltis (14 points), who was also chosen 2017 Super Cup MVP. The winning side was not able to use their new receiver/attacker, Bulgarian Martin Atanasov, who’s still recovering from a shoulder injury and watched the match with the spectators at TUI Arena.

In addition to Sossenheimer and Protopsaltis, starters for the winning side were setter Simon Tischer, opposite Daniel Malescha, middles Philipp Collin and Jakob Günthör, and libero Markus Steuerwald.