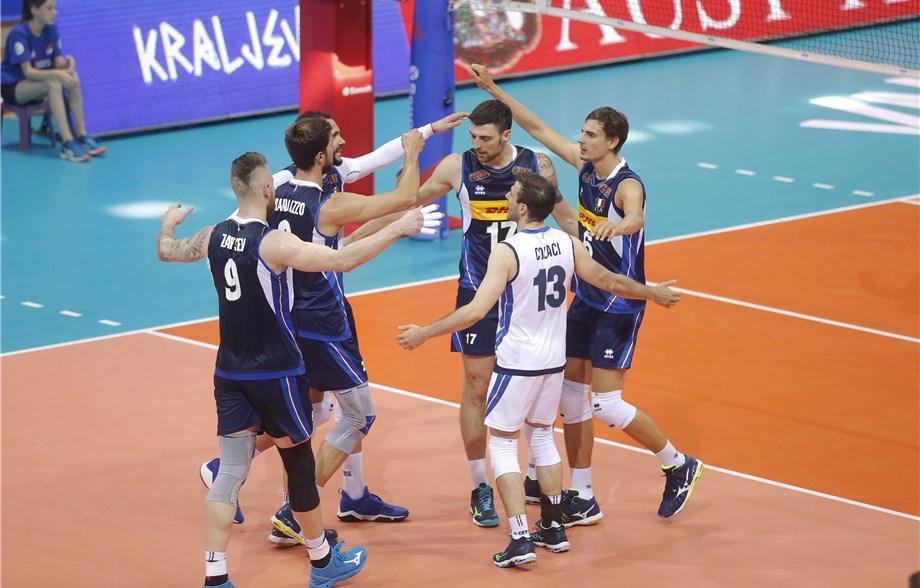 Italy will look to stay undefeated in Pool 7 as Argentina hosts them, Canada and Iran in week two of the Men's 2018 Volleyball Nations League. Archive Photo via FIVB

If you based this pool on World Rankings, it would represent arguably the toughest pool in week two of the 2018 Men’s Volleyball Nations League. The grouping features four top eight teams and a top four presence in Italy. However, the standings after one week and three matches would tell a different story.

Italy was awesome in the opening week, going 3-0 and collecting the second best point ratio of any country. It’s the teams after them in Pool 7 that are coming off lackluster opening marks. Combined, Canada, Iran and Argentina are 2-7. It doesn’t take a mathematician to realize that’s less wins total than what Italy has done as a lone nation.

With that being said, it’s just one week of a sample, and while Italy appears to have the strongest team in this pool based on the early going and world ranking, the tightness of the other three in the standings indicates strong competition ahead for the others. It also gives a great opportunity for a team like Canada or Iran to post a 2-1 week and get to back to an overall .500 record.

Italy will be the definite favorite coming into this pool and will have a good chance to work their way to 6-0 and in good positioning to make the elimination round. However, with talented teams in their pool that under-performed a bit in week one, it’s possible they could receive a stern challenge from another nation.

To show how much Italy is in fact favored, one could look at their first opponent – Canada. The Canadians are the next highest ranked team in Pool 7 per the FIVB World Rankings, yet according to BetDSI, Italy is a 2.5 set favorite and -833 moneyline favorites to win. That’s not the be-all-end-all, but it’s kind of a market indication of how far ahead Italy is seen by the public over the rest of the pool.

Even if Italy does dominate the pool, there still is a large opportunity for the others. A 2-1 week for either Canada or Iran would put them right back at .500 at 3-3 overall and set themselves up to make a move in week three. Additionally, it’s a chance to be buried in the standings with another 1-2 or 0-3 week, as a 2-4 or 1-5 start would be tough to overcome. For Argentina, they will look to play spoiler, which is a very real possibility as they get to play in front of the home fans.

So Zaytsev almost gets fired for not wearing Mizuno but Juantorena can wear Nikes? SMH…