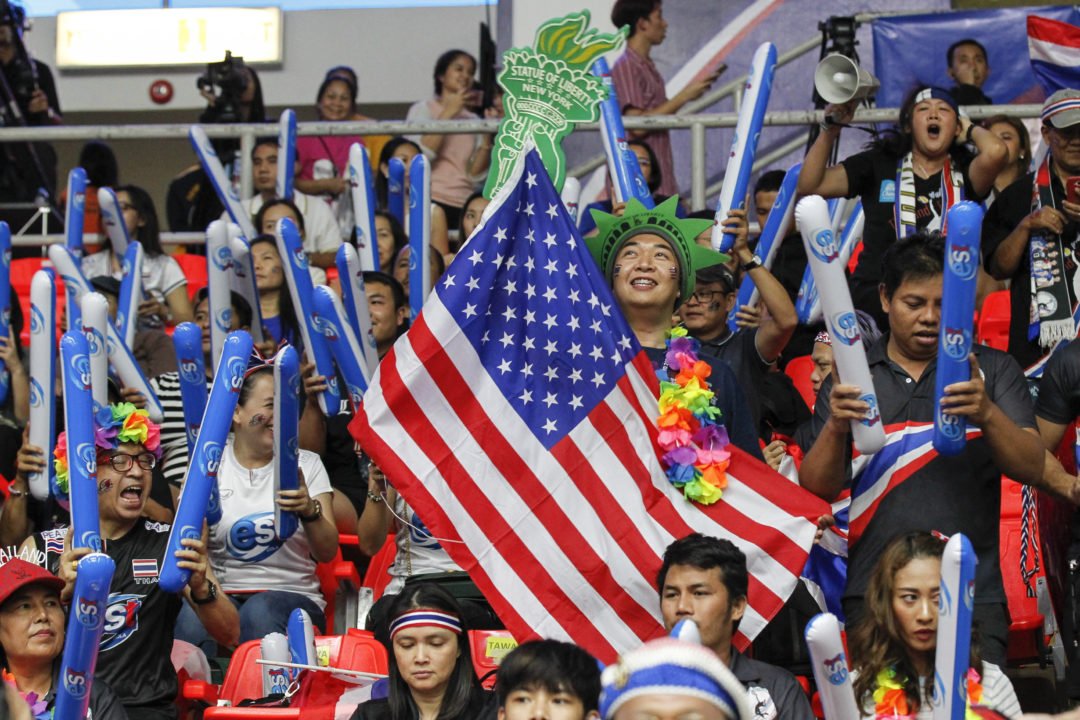 With Week 3 in the books, the top group of five remains the same, while one team has been mathematically eliminated from the Final 6 race.  Current Photo via FIVB

With Week 3 in the books, the top group of five remains the same, while one team has been mathematically eliminated from the Final 6 race.

The United States, Brazil and Serbia all won on Thursday to move to 8-1 atop the standings, although the Americans hold a slight edge with 25 points, to 24 and 23 for the latter two teams.

The Netherlands and Turkey round out the top five. The Dutch fell to Brazil in four sets on Thursday, but remained in the fourth position at 7-2. Turkey had a chance to move up boasting a 2-1 lead on Serbia, before falling in five sets to wrap up Day 9 VNL action. The Turkish side is now 6-3 in fifth position with 19 points, just ahead of Russia (6-3, 17 points).

Only the top five teams and China, the host country make the Final 6. A big week lies ahead in Jiangmen, China, with Brazil, China, the USA and Russia all slated to clash.

Among the jockeying at the top of the standings, the numbers piled up in the points column, mathematically eliminating Argentina from any shot at a Final 6 berth. At 0-9 that was pretty much a foregone conclusion, but as matches continue, the other shoe will fall for those above them as well.

As it stands, fifth place Turkey has 19 points. If the Turkish side were not to score another point, with six matches remaining in the round-robin stage, a maximum of 18 points are still up for grabs for each team. Currently Belgium and Thailand sit at 2-7 with six points, so mathematically they are still in it, but that could all change on Tuesday.

Not to be lost in the shuffle of the standings were several standout individual efforts on Day 9. Tandara Caixeta fueled Brazil’s win over the Netherlands with 31 points (26 kills, 3 blocks, 2 aces). Louisa Lippmann‘s 29-point effort lifted Germany past the Dominican Republic. Tijana Boskovic scored 28 in Serbia’s five-set comeback win over Turkey.  Irina Voronkova turned in 23 points to lift Russia past Belgium and keep the team in the race for the Finals.

Here’s a look at Thursday’s results.