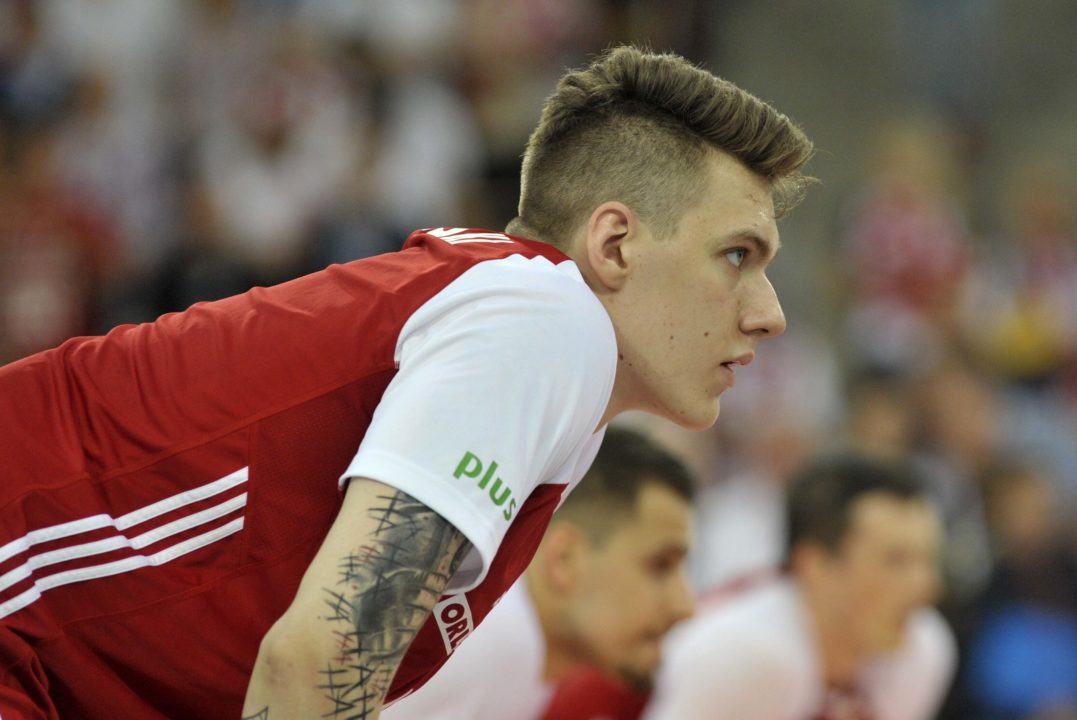 Poland, thanks to the healthy return of Dawid Konarski, will be the most complete offense in pool 3 this week. But, they'll need Bartolomiej Lemanski (above) to step up and support the middle. Archive Photo via FIVB

Poland has shown the ability to draw huge crowds for volleyball matches, and with the two biggest venues of the first week of the Volleyball Nations League, they’ll hope to kick off the tournament with a bang this week.

The hosts are technically the highest-ranked team in the pool at 3rd in the world, but that’s weighted heavily on their World Championship from 2014, which hasn’t been reflected in more recent results (8th in last year’s World League, 5th at the 2016 Olympics, and just 10th at the home Euroepan Championships last year.

While they await Wilfredo Leon’s eligibility, which will immediately change the fate of the program, but for now they’ll be boosted by the return of Dawid Konarski, who missed the European Championships with a knee injury.

All of that to say, this might be the most wide-open pool of week 1, though South Korea will be the underdog in all three of their matches.