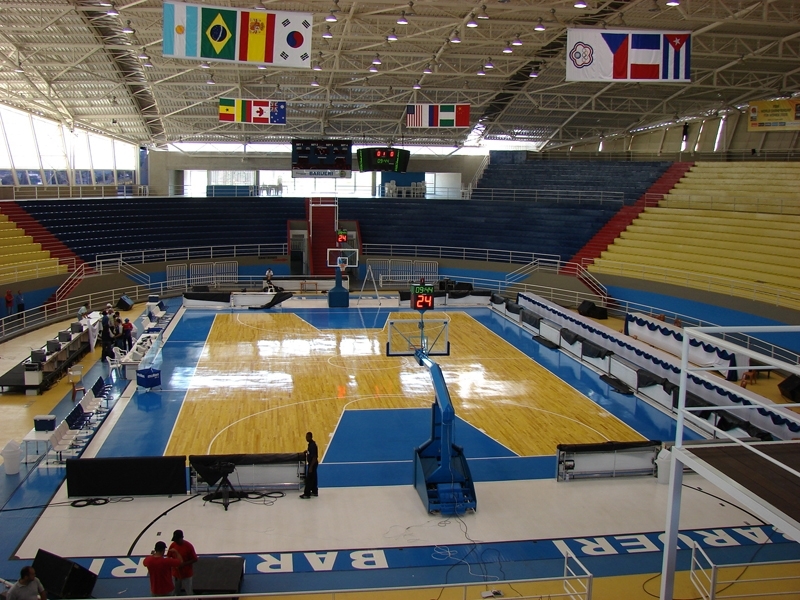 If there were a group of death in the Volleyball Nation's League, it might Pool 4 on opening weekend, with three of the world's top six teams battling it out. Current Photo via Guidasemana Brazil

If there were a group of death in the Volleyball Nation’s League, it might Pool 4 on opening weekend, with three of the world’s top six teams battling it out.

Brazil might get the nod simply by way of home court advantage, but these teams are very familiar.

Brazilian coach Jose Roberto Guimaraes acknowledged that the crowd will be key for his side, which has won two of the last three Olympic titles (2008, 2012) and earned bronze at the 2014 World Championships and 2015 World Grand Prix.

“With the Volley Nations League we have the opportunity to play against the best teams in the world and we will see how each team are at this moment in the season,” Guimaraes said. “The possibility to play at home in front of our fans opening the competition is very important. We know that the fans will be our 15th player and will support us a lot.”

Serbia, the 2016 Olympic silver and 2017 World Grand Prix bronze medalists,will for sure have something to say about that. Outside hitter Brankica Mihajlovic even prediction the matchup with the home side as the marquee contest of the week.

“Tuesday we will have Japan in our first game,” Mihajlovic said. “We have played them so many times. For sure it is a team that play a strong and fast volleyball with a lot of defenses. Later we will play Germany and Brazil. I think that Brazil against Serbia will be one of the most interesting games and everybody is expecting that. I hope many people will come to watch the games. I am really happy to be here again after the Olympic Games.”

Japan, which was fifth at the 2016 Games and seventh at the 2014 World Championships and 2017 World Grand Prix, is looking to make a mark for itself as well.

“It is our first match of this season and we are here to be the challengers and we want to achieve the best possible results,” captain Nana Iwasaka said. “We know that the gymnasium will be crowded with fans and we want to use this energy in our favour.”

Head coach Kumi Nakada has said he wants to “use these matches to test some of our young players,” so it remains to be seen what version of the Japanese national team fans will see in Brazil.

Germany will have an uphill battle with a young squad without much international experience, having missed the last three Olympics. The team did however earn a silver medal at the 2013 European Championships.

“We are very happy and proud of the possibility to play in Brazil,” head coach Felix Koslowski said. “We are going to play against Japan, Brazil and Serbia that are three big nations in volleyball. It will be an amazing experience for my young team. For everybody it is really difficult to start the Volleyball Nations League so early because 50 percent of my team are practicing only since last Monday. We have players that never were in the starting six. We want to try new players and we want to have great experiences. Also we have great expectations.”