USA Declares Robinson as 2nd Libero, Adds Wilhite at Outside 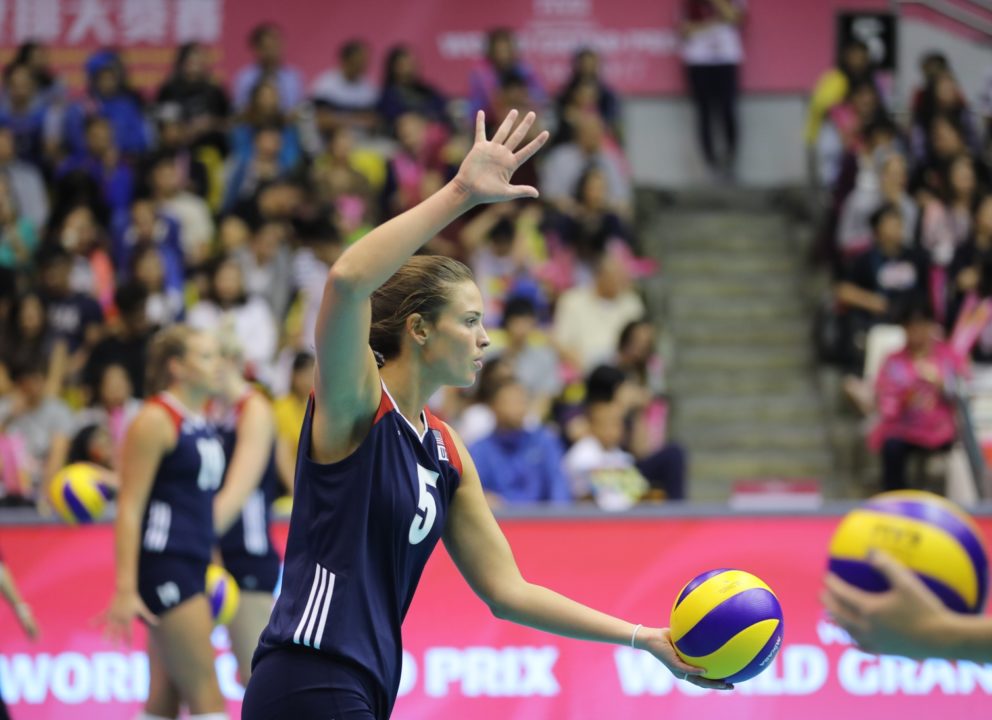 Team USA's Kelsey Robinson is slotted as a libero for Week 2 of the Volleyball Nations League, while Sarah Wilhite has been added to the roster to take Robinson's place on the outside.  Archive Photo via FIVB

United States women’s national team coach Karch Kiraly picked outside hitter Kelsey Robinson as his starting libero for the team’s Week 1 Volleyball Nations League finale against Italy. Now, the move has been official with Robinson being listed at libero alongside Justine Wong-Orantes on the Americans’ Week 2 roster.

Robinson talked about playing libero vs. Italy and her previous backcourt experience after the sweep of Italy.

Kiraly also spoke of his choice of Robinson for the role, saying she is a “world class passer.”

With Robinson’s move to libero, Kiraly needed another outside hitter on the roster. Enter Sarah Wilhite, who played collegiately at Minnesota. Wilhite, who got married on May 4, takes libero Amanda Benson’s spot on the 14-woman roster for Week 2.

This is not Wilhite’s first go around with Team USA as she was part of the 2017 Pan American Cup gold medal team and a member of the FIVB World Grand Prix team.

The United States begins Week 2 of VNL play with a match against Japan on Tuesday at 6 a.m. ET. Matches against the Netherlands (2:30 a.m. ET Wednesday) and Belgium (2:30 a.m. ET Belgium) round out the week.