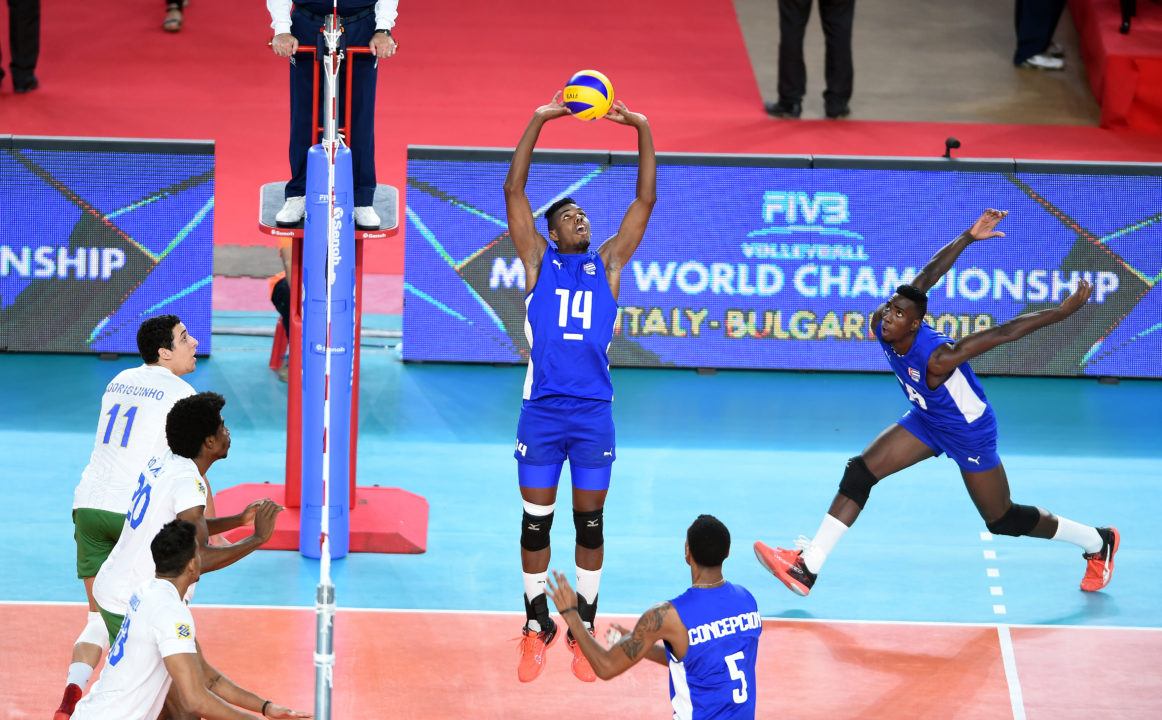 With the final NORCECA qualifier compete, the 2018 Men's World Championship roster has been set.  Current Photo via FIVB

With the final NORCECA qualifier compete, the 2018 Men’s World Championship roster has been set. The competition will take place next September with 24 teams ready to take the title.

Poland comes into the tournament with an automatic bid as they are the defending champions of the competition while Italy and Bulgaria earned their way in as hosts. The remainder of the contenders had to fight their way into the elite competition through various qualifiers over the past year.

Cuba was on the verge of not qualifying for the World Championships for the first time since 1962 but managed to fight their way past Mexico for the berth into the tournament. Joining them from NORCECA, in the most recent qualifier, are Puerto Rico. Both teams were unable to make the originally scheduled NORCECA qualifier due to the serge of hurricanes that hit their islands just days before the competition.

The most notable absence from the roster of teams will be Germany, as they failed to qualify in the European qualifier. In the last edition of the event in 2014, Germany earned the bronze medal.

The competition will be held across six Italian and three Bulgaria cities next September, with the top six teams moving on to Turin for Round 3 followed by the medal matches. The 24 participants will be split into four pools of six with the top-four advancing to the next round.