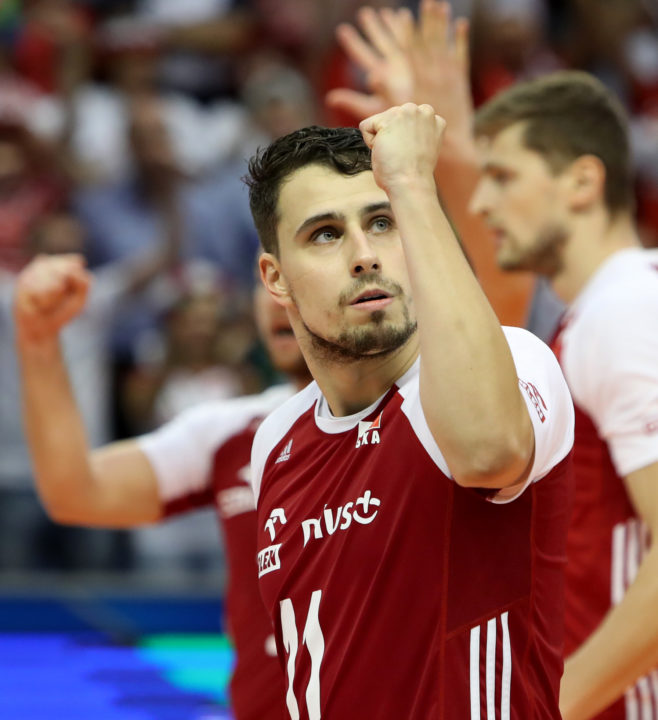 Defending World Champions Poland took the final spot from France in the Final 6 by sweeping Serbia. Archive Photo via FIVB

With the completion of Poland’s 3-0 sweep of Serbia on Sunday, the field for the Final 6 round of the 2018 FIVB Men’s Volleyball World Championship is complete.

Poland needed a win over Group H winners Serbia on Sunday to continue their shot at a title defense from 2014, and they got a win in spades, dominating the Serbian team who went down 0-2 with many starters on the court and then rested them later in the match (a right which they earned with advancement guaranteed).

The 6 teams that will advance:

All Final 6, semi-finals, and finals matches will be played in the 16,000-seat Pala Alpitour in Turin, Italy.

FIVB has not announced when they would draw those final groups and set the schedule, but last year it was before the end of the day in the United States.