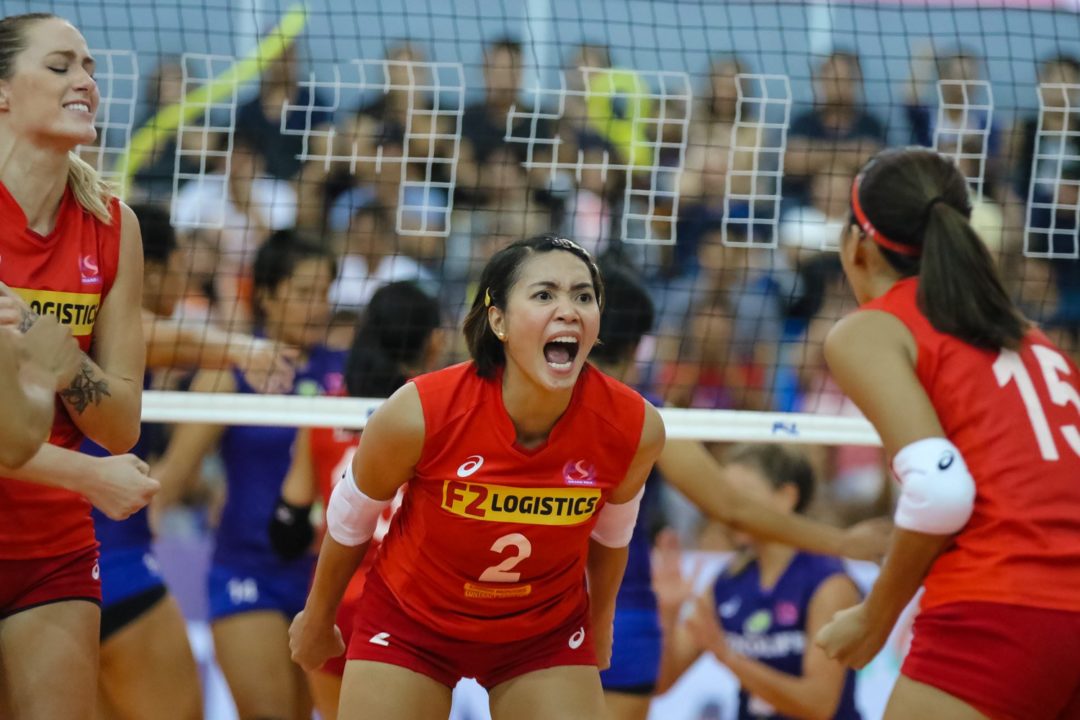 While the rest of the 20-woman roster has yet to be announced, one thing is certain, middle blocker Aby Marano will act as the captain of the Philippines national team at the Asian Games, Asian Cup and Southeastern Asian Games over the next year.  Current Photo via F2 Logistics

While the rest of the world is focused on the Volleyball Nations League tournament, the Philippines is looking ahead to the Philippine Super Liga Invitational Conference, its first leadup to the Asian Games and Asian Cup later this year and 2019 Southeast Asian Games.

While the rest of the 20-woman roster has yet to be announced, one thing is certain, middle blocker Aby Marano will act as the team’s captain.

“I said that in my youth I had dreamed to be a national team player, but I did not expect to be captain,” Marano told AVS/CBN Sports. “I accept the responsibility imposed on me.”

The 25-year old Marano has been tabbed as the best middle blocker at either the Philippine Super Liga All-Filipino, Super Liga Grand Prix or Super Liga Invitational during four of the last five years.

Marano has been playing professionally in the Philippine Super Liga since 2014 when she was drafted by the AirAsia Flying Spikers. Since then, the 5-foot-9 inch middle has played for seven other clubs, most recently with the F2 Logistics Cargo movers, which won the 2017 PSL Grand Prix Conference championship.

The Asian Games, or Asiad, are set for Aug. 18-Sept. 2 in Indonesia. The Asian Women’s Volleyball Cup will follow in September.