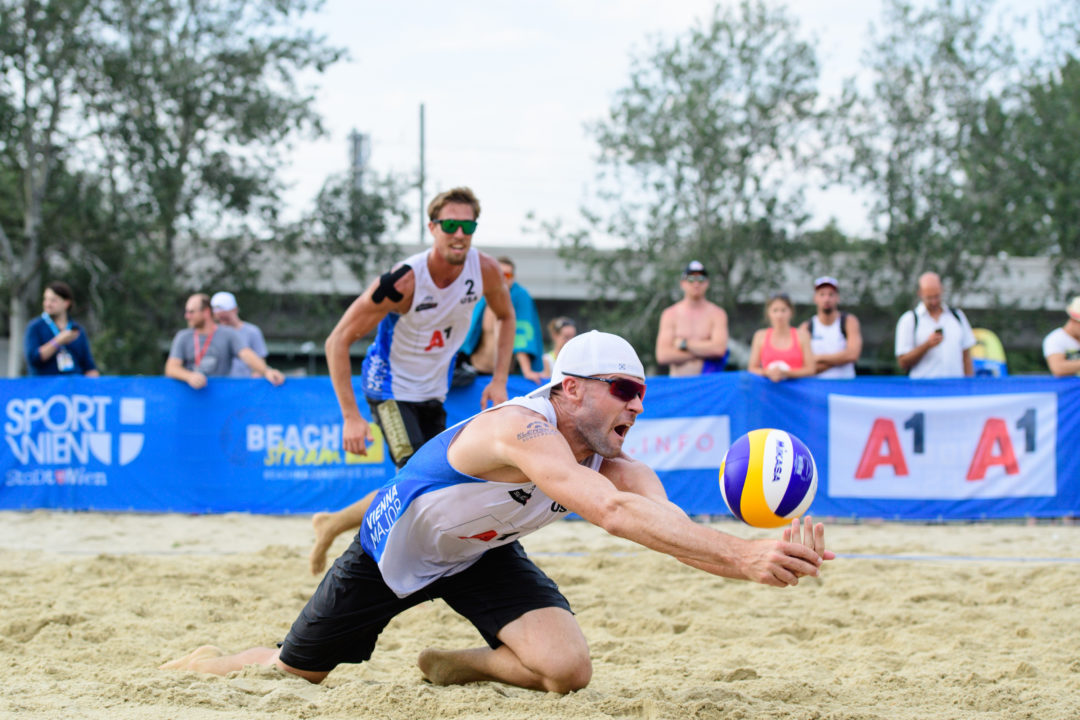 Plavins/Tocs went to tiebreak in their pool opener vs. Czech duo Ondrej Perusic/David Schweiner (17-21, 21-19, 17-15), but swept top seeded Americans Phil Dalhausser/Nick Lucena (21-16, 21-18) after a nearly two-hour rain delay to claim the crown. The other two pool winners went 2-0 in sweeps.

Pool C, F, G and H will be decided with a pair of matches each on Friday.

In Pool C, Russia’s No. 19 Konstantin Semenov/Ilya Leshukov and Norway’s No. 3 Christian Sorum/Anders Mol each have one win.

The Pool G title will be decided between Latvia’s No. 7 Janis Smedins/Aleksandrs Samoilovs and Brazil’s No. 10 Evandro Goncalves Oliveira/Vitor Felipe.

Qatar’s No. 24 Ahmed Tijan/Cherif Younousse and Austria’s No. 8 Clemens Doppler/Alexander Horst have the upper hand in Pool H.

Pool winners receive a bye into the second knockout round, while the second and third place teams will battle it out in Round 1.

The final eight pool matches will be played Friday morning followed by the women’s second elimination round. The men’s Round of 24 matches and women’s quarterfinals will round out the day, weather permitting. 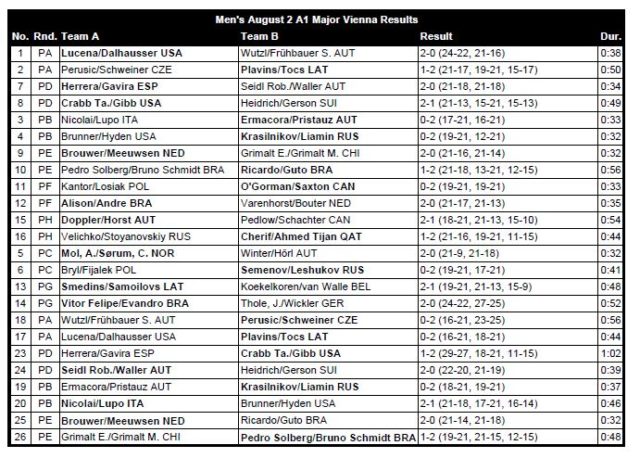