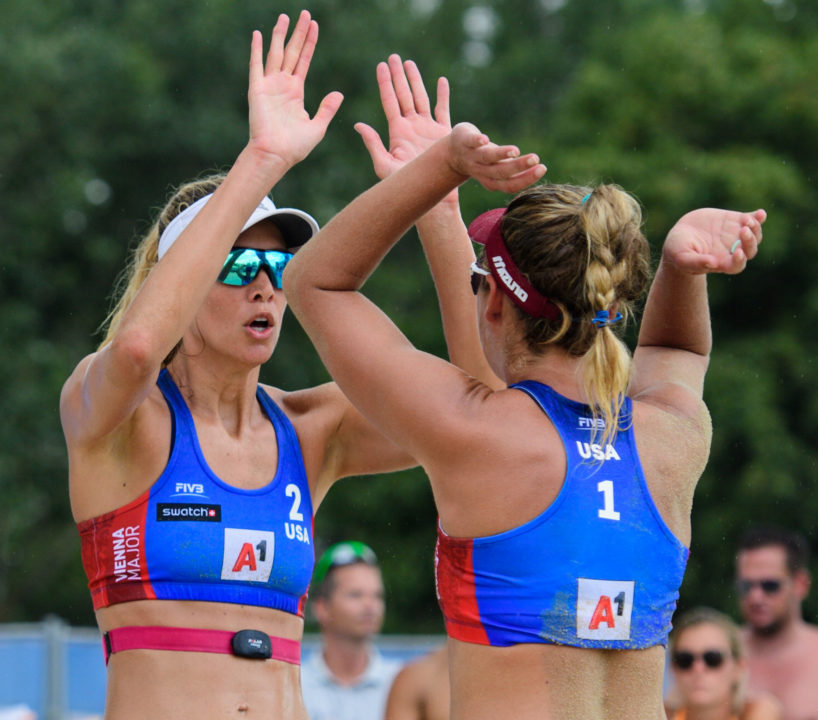 American pairs Alix Klineman/April Ross, Sara Hughes/Summer Ross and Kelley Larsen/Emily Stockman each won in the first elimination round at the Vienna Majors on Thursday to advance in the tournament.

The duos were among eight teams, including two German pairs, to move on to the Round of 16. All told, five American women’s teams are among the 16 remaining. Three Brazilians also are still in the running.

Larsen/Stockman, who began the tournament in the qualifying rounds, came from behind to top Swiss pair Nina Betschart/Tanja Huberli (18-21, 21-12, 15-12). The team will now face fellow Americans No. 13 Kelly Claes/Brittany Hochevar on Saturday.

No. 6 Klineman/Ross also will be part of an All-American Round of 16 match, earning a spot against qualifiers Lauren Fendrick/Sarah Sponcil, with a sweep of Finland’s Taru Lahti-Liukkonen/Anniina Parkkinen (21-14, 21-15).

No. 14 Hughes/Ross cruised past Czech duo Kristyna Kolocova/Michala Kvapilova (21-19, 21-13) and will face No. 31 see Marta Menegatti/Viktoria Orsi Toth in the next round.

Finishing out the first knockout round winners were:

Humana-Paredes/Pavan and Laboureur/Sude are the latest Top 10 seeds to be knocked out of the competition following No. 2 Heather Bansley/Brandie Wilkerson of Canada and No. 8 Katharina Schutzenhofer/Lena Plesiutschnig of Austria, who were eliminated in pool play.

The women’s bracket is below. 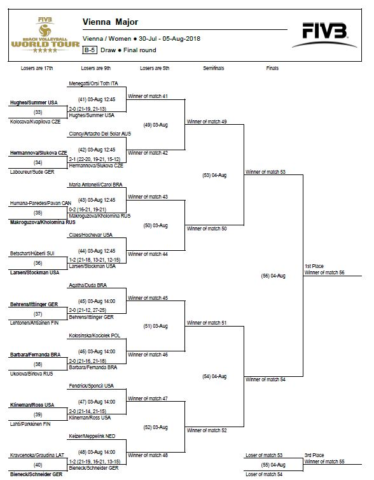