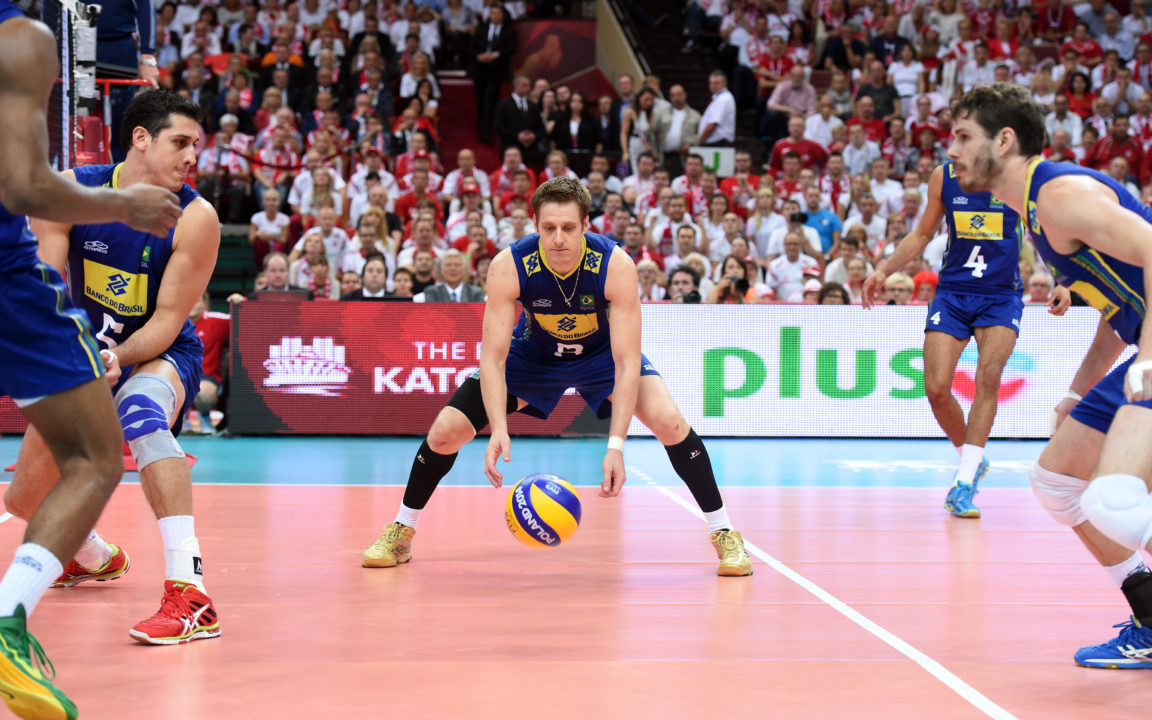 Despite having his call up be heavily criticized by a lot of players and media, recently turned libero Murilo Endres made his debut at his new position with Brazil`s national team in the squad`s pair of friendlies against China. Current Photo via FIVB

Despite having his call up be heavily criticized by a lot of players and media, recently turned libero Murilo Endres made his debut at his new position with Brazil`s national team in the
squad`s pair of friendlies against China. He had previously shined for the team as an outside hitter for close to 20 years, winning Olympic silver medals in 2008 and 2012, and two World Championship golds in 2006 and 2010, the latter with MVP honors.

Regardless of the criticism, Murilo celebrated his comeback to the team after close to 3 years (Globo.com):

“Being called up to Brazil`s national team once again was a surprise. I’m very happy, as you can see inside the court. I’ll try to make the most of my time here. I have a leadership role, because I’m one of oldest int he team. I’ll try to help. There are a lot of new kids that have a lot of potential. We’re going to need them. I am very happy to be able to help, to contribute. It is special, at any point in your career, to wear the jersey of your home-country. You have to take advantage of the time you are here, to give it your all. I did not expect, after 2016, to be here again The injuries have messed me up a lot, and I can`t play as an outside hitter anymore. It’s a fresh start, a new opportunity, and I’m going to make the most of it.”

Once again, coach Renan Dal Zotto had to explain his decision to call Murilo up instead of established Brazilian liberos:

“He has tremendous technique. He adds tremendous value to the team, with his leadership inside the court. Today he had an excellent game, the numbers prove that. I’m sure he’s still going to contribute a lot to the team. We have a good crop of liberos in Brazil. Thales Hoss had an excellent Superliga for example. But as of right now, I think the national team needed an athlete like Murilo, with experience. The foreign teams respect him a lot. I think it will add a lot to this group.”

Murilo is in the team`s final VNL roster, due to start next week.