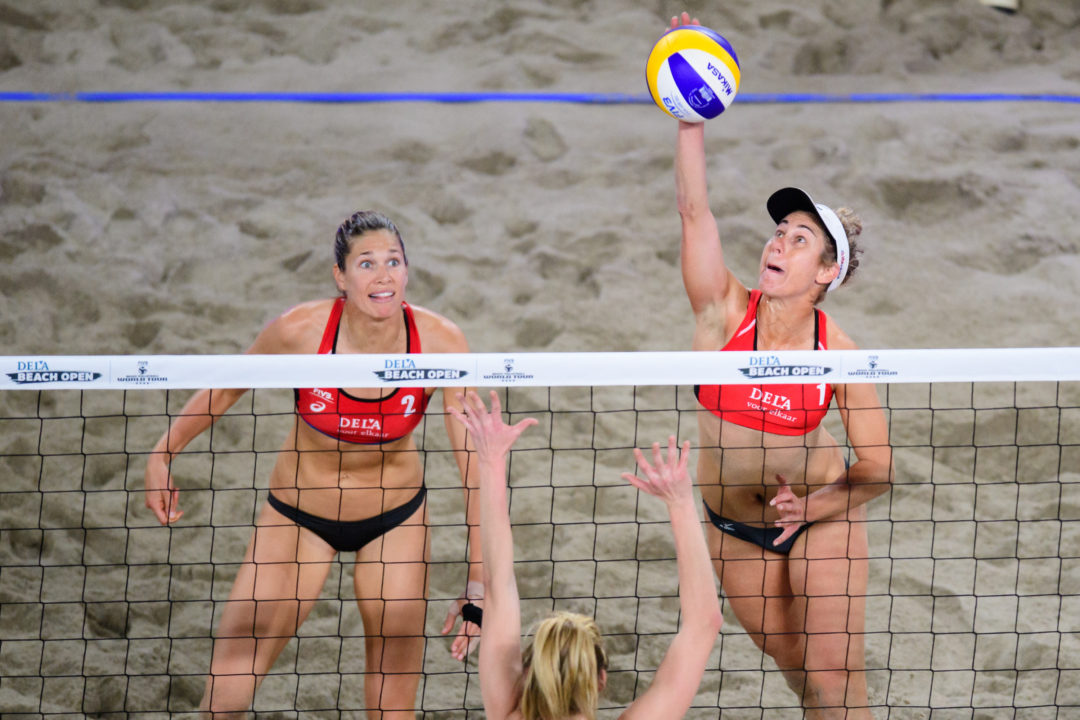 Two-time Olympic medalist April Ross will be playing with a new partner at least for the weekend while teammate Alix Klineman rehabs an injury according to Ross' twitter page.  Current Photo via FIVB

Two-time Olympic medalist April Ross will be playing with a new partner at least for the weekend while teammate Alix Klineman rehabs an injury according to Ross’ twitter page.

Made it to Seattle (with water 🙏🏼)! Playing with @CaitlinLedoux in this one while Alix rests & rehabs a flare up she got in Austin. It’s a precautionary step for our long term goals, no need to worry. In the meantime, ready and excited to rip it up with Caitlin! #AVPStrong

Ross will team up with Caitlin Ledoux for the weekend. Ledoux played with Maria Clara Salgado at the NYC Open, finishing tied for fifth. She also has teamed up with Jace Pardon (Shepparton One Star in February), Emily Stockman (Satun One Star in April), Lane Carico (Huntington Beach in May) and Kendra Vanzwieten (Jinjiang Two Star in June) on the FIVB stag.

Ross and Klineman teamed up for the 2018 season and earned the gold medal at their opening effort, the Hague Four Star in January. The pair was 25th at the Fort Lauderdale Five Star in March, fifth at the Xiamen Four Star in April and ninth at the Huntington Beach AVP/FIVB event in May.

On the AVP stage, the duo finished atop the podium at the Austin Open May 20. Klineman/Ross finished tied for third at the New York City Open, June 10.

Klineman was a four-time All-American at Stanford (2007-10) and was the 2006 Gatorade National Player of the Year as a high school senior. She went on to play professional in Brazil and Italy indoors, before turning to the beach game with Ross.

Ross has had several partners over the years since joining the pro tour in 2006. The USC alumna won silver at the 2012 London Olympics alongside Jennifer Kessy. In 2016, she teamed up with Kerri Walsh Jennings to take bronze. The duo split up in 2017 amidst Walsh Jennings’ public dispute with the AVP regarding mandatory contracts and a breach of contract lawsuit.

Walsh Jennings is now playing with Nicole Branagh on the FIVB stage and has announced the formation of her own tour, p1440, which is set to begin this fall.