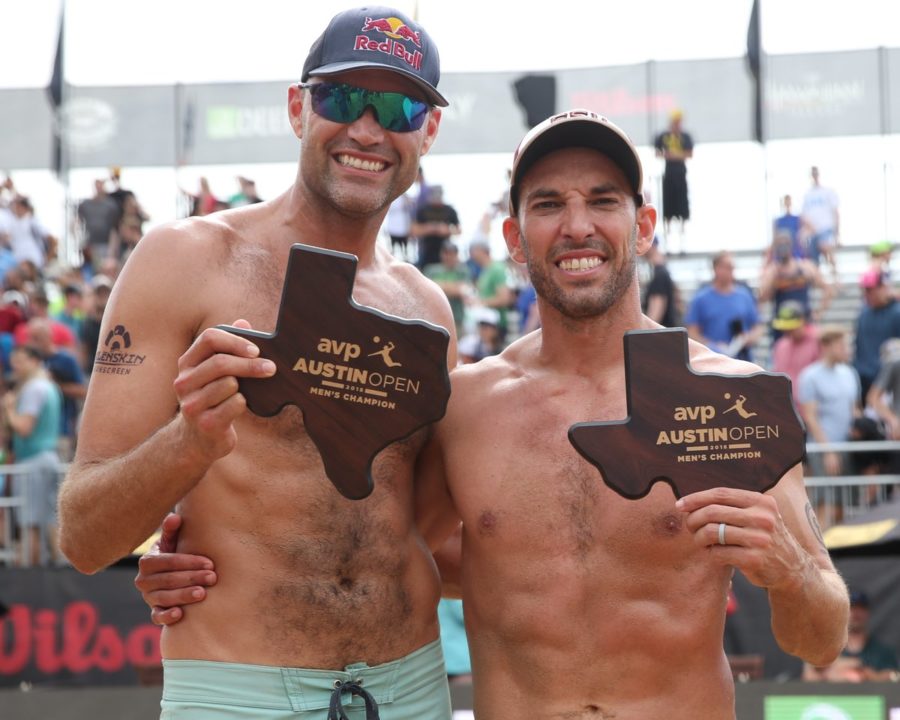 The seedings held as No. 1 Phil Dalhausser/Nick Lucena and Alix Klineman/April Ross wrapped up the gold medals at the Austin Open, the first AVP Tour event of the year. Current Photo via AVP

The seedings held as No. 1 Phil Dalhausser/Nick Lucena and Alix Klineman/April Ross wrapped up the gold medals at the Austin Open, the first AVP Tour event of the year.

Klineman/Ross had the biggest battle on their hands as No. 7 seed Lauren Fendrick/Sarah Sponcil gave the pair all they could handle in a 24-22, 25-23 gold medal match. Klineman was credited with 27 kills and four aces, while Ross added 10 digs and nine kills. Sponcil and Fendrick split the offensive load with 20 and 14 kills respectively. 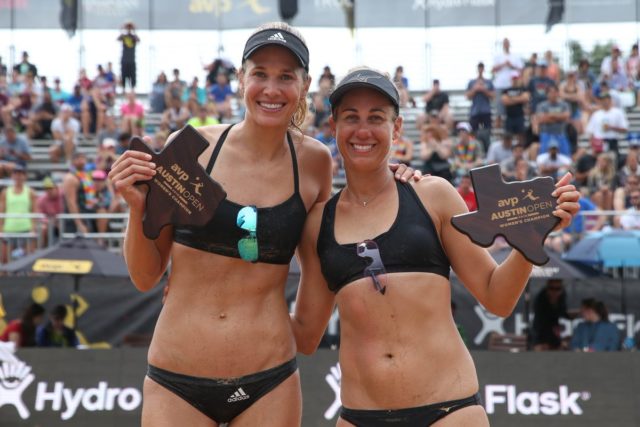 Fendrick, an Olympian, and Sponcil, who is fresh off her senior season and a national championship at UCLA, had a set-point try at 21-20 in Set 2 after Fendrick slammed one through Klineman’s block. Klineman/Ross fought it off and earned a match-point try at 22-21. Fendrick again responded to knot the score and give her side another try at 23-22. Ross and Klineman each showed off both offensive and defensive prowess with dig and kills to set up another match-point effort at 24-23. This time, the team converted care of a Fendrick/Sponcil net violation.

That followed a semifinal match against No. 6 Lane Carico/Karolina Marciniak that went to tiebreak and saw the top seed rally for a 19-21, 21-7, 15-13 win. Klineman racked up 23 kills and five aces in the win, while Marciniak accounted for 12 kills and three blocks to lead her pairing.

Fendrick/Sponcil made the final with a straight set win over No. 9 Karissa Cook/Katie Spieler. Sponcil downed 19 kills and added 15 digs in the victory, while Spieler notched 12 kills and eight digs.

Dalhausser/Lucena clinched their Austin Open crown with straight set wins over No. 5 Stafford Slick/Casey Patterson and No. 6 Tim Bomgren/Taylor Crabb.

In the semis, Dalhausser tallied 15 kills and a match-high six  blocks, while Lucena tacked on 10 kills and 11 digs. Slick and Patterson each notched double-digit putaways with 11 and 10 respectively.

In the final, Dalhausser was again a force at the net with six stuffs to go with three aces and 12 kills, while Lucena notched 16 kills and 16 digs to lead the way. Bomgren downed 12 kills, but also gave up seven points on errors in the loss.