Brazil’s Offense, Serve Too Much for Korea in Sweep 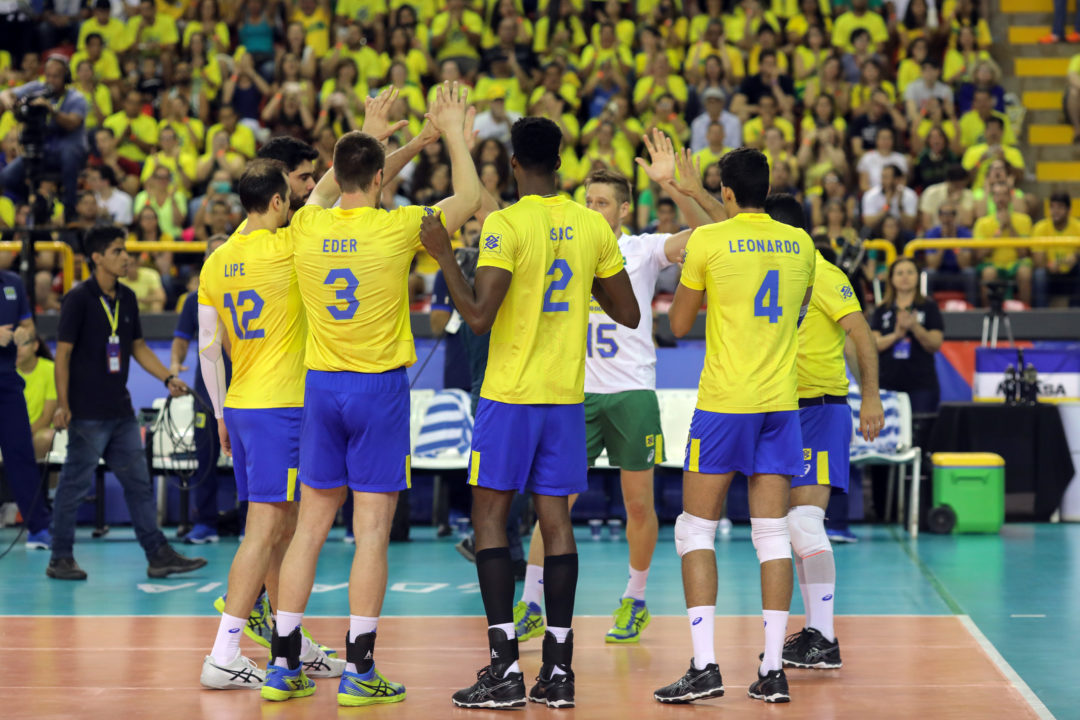 Brazil's offensive prowess and serving lifted the home side to a sweep of South Korea to open Week 2 of Volleyball Nations League action.  Current Photo via FIVB

Brazil’s offensive prowess and serving lifted the home side to a sweep of South Korea to open Week 2 of Volleyball Nations League action.

The Brazilians bested Korea in kills (39-32) and aces (6-3) to give them the advantage. Both teams served up five aces and the error differential was just one (21-20).

Korea did not go quietly, however, building a 9-8 lead in Set 3, but an upset was not to be as Leonardo Nascimento recorded a block to cap the 25-19 victory and the match.