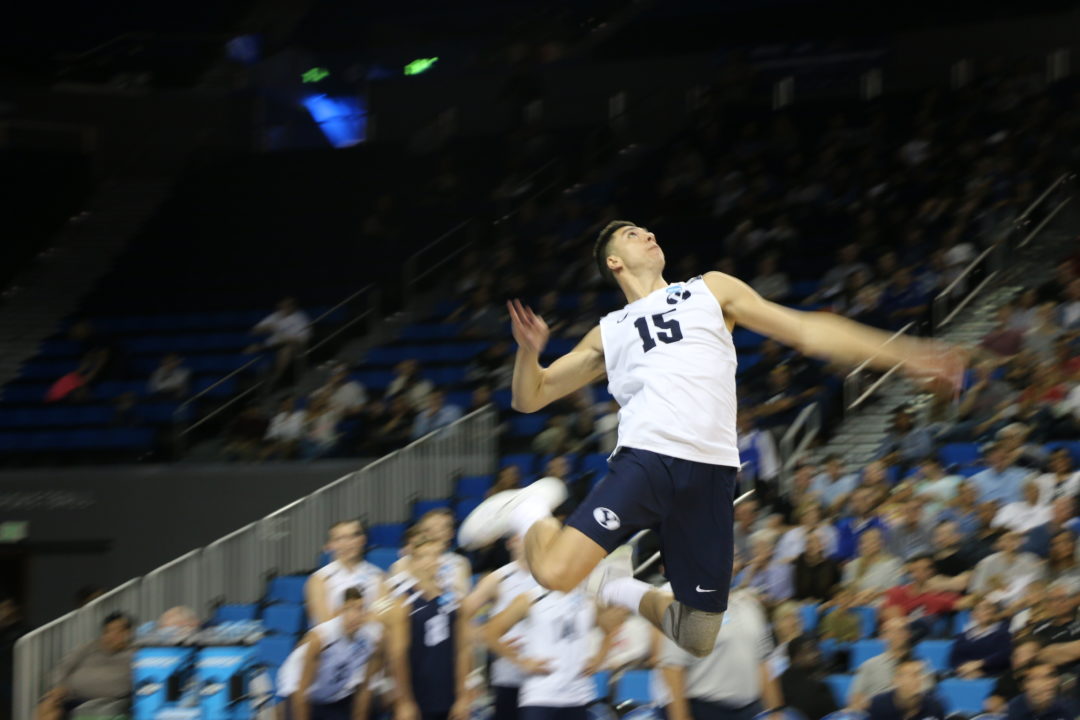 Lube is a dream scenario for a player like Sander to start off his career. Current Photo via Photo: Anne Lepesant

Italian club Lube Civitanova has announced in its official website the signing of Brenden Sander to its roster. The 23-year-old 6’4″ outside hitter is making the move from Italy’s own BluVolley Verona, which he joined in May, and will replace injured Canadian Ryley Barnes in the team’s squad. Here are his first words as a member of his new team:

“I am very happy that Lube has found an agreement with Verona and to be able to get to play in Italian championship in an equally important team, which will give me the opportunity to live exciting experiences such as participating in the Champions League, a competition that intrigues me a lot. I can not wait to get on the court and to solve the bureaucratic formalities to get to Italy and start training with Lube. I know I have two great champions like Juantorena and Leal starting ahead of me, I am aware that I will have to be ready every time I’m called into action. I am calm and motivated, also because I have been tutored my brother Taylor who spoke very well of Lube‘s environment to me. I know that I will find a team that is at the top of the world.”

By moving to Lube, Brenden will follow the exact footsteps as his older brother Taylor Sander, who also signed his first professional contract with Verona, and then went on to star for Lube. Like his brother, he was also a star at BYU, where he was twice named AVCA First-Team All-American. When all was said and done, Brenden finished his career with 1119 kills (5th best in program history), 32% hitting efficiency, and 116 aces (2nd best in program history).

Lube is a dream scenario for a player like Sander to start off his career. His list of teammates alone speaks for itself: Tsvetan Sokolov, Osmany Juantorena, Dragan Stankovic, Yoandy Leal, RobertLandy Simon, and Bruninho. Sander, who has also recently debuted for Team USA at this year’s VNL, will have an unique chance to develop under the tutelage of the absolute best the world has to offer.

I’m so sad that my time at BYU is done, but I’m so glad that I chose to attend this incredible university where I could build relationships with amazing people, further my education, and play division one collegiate volleyball! Thank you to everyone who has helped me along the way!! Especially @katievince for pushing me to be the best person I can be❤️