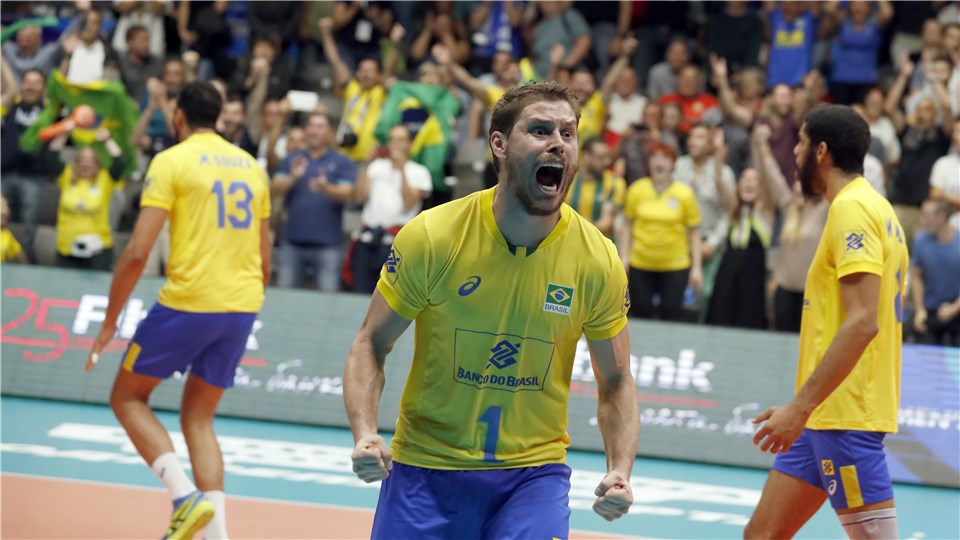 Bruninho is by far the world's most followed men's volleyball player in social media.  Current Photo via FIVB

Bruninho is by far the world’s most followed men’s volleyball player in social media. The Brazilian setter boasts 2.5+ million fans on Instagram, Facebook, and Twitter combined. That huge number of fans make sense, as he is the son of Bernardinho, considered a hero in Brazilian society far beyond his volleyball image alone. Bruninho‘s lineage has made possible for him to be exposed to the media from a young age, as he also has cultivated friendships with some of the world’s most known celebrities, like the soccer star Neymar and surfer Gabriel Medina.

He recently spoke to Globo.com about the influence social media has had on his career, and his relation to Saeid Marouf, the world’s most followed player on Instagram (In Iran, Twitter and Facebook are blocked to public use):

“In Brazil volleyball has taken large proportions because of the Olympic title. The fact that I’m young and like to use social media also contributes to this, as people see me as accessible. Also, my friendships with Neymar, for example, sparks the fans’ curiosity. Regardless, that doesn’t meach much to me, it’s not one of my goals to increase my followers. One has to be careful in social media, as it has the potential to draw your focus off. My main goal is to improve as a player first and foremost.

They love volleyball in Iran. We played there once and you see how much people are passionate about volleyball. The gym was packed the two days we played. Few sports there are as successful as volleyball. They have had important results, they have been champions of the Asian games now, they are very popular there, they are stars even, they appear in magazines, even more than the people in Brazil.”