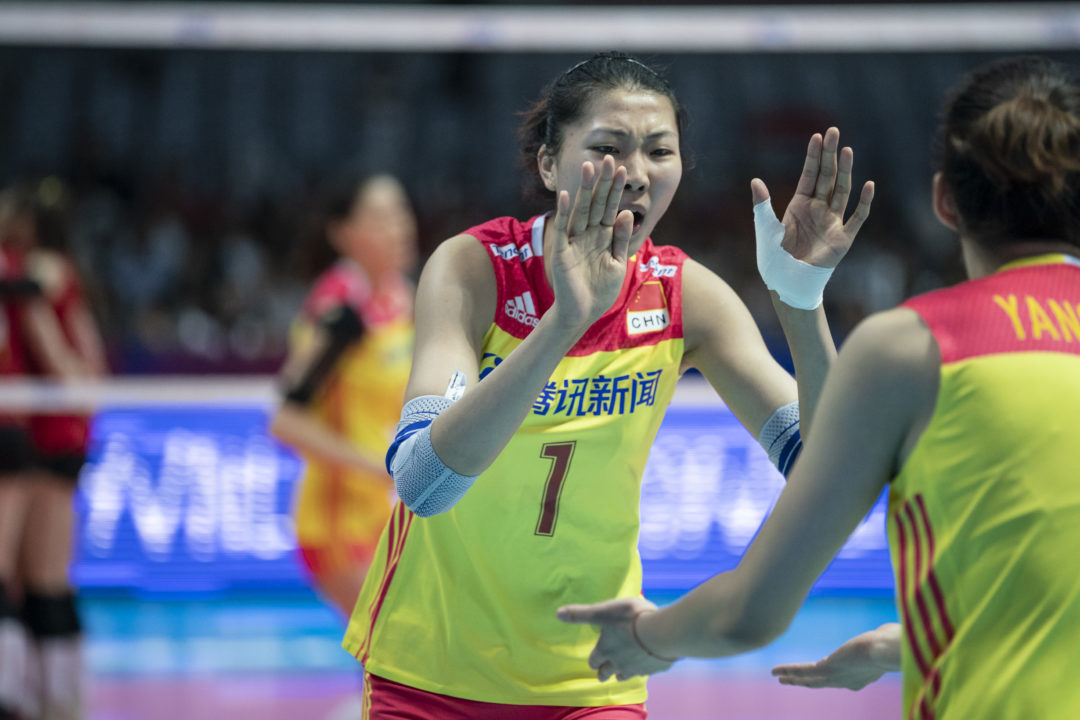 After another up-and-down showing in week 3 of the 2018 FIVB Women’s Nations League for China, where they swept Argentina and Japan but lost to last year’s Grand Prix champions Italy 3-1, the defending Olympic Champions will get a key piece back for week 4 in Jiangmen.

There, middle blocker and team #1 Xinyue Yuan will play her first matches since the opening week.

Yuan was a key to China’s 2 wins in the opening weekend of play, where they were without captain and Olympic MVP Zhu Ting. Xinyue had 6 blocks, 3 aces, and 38 total points in those first three matches, while hitting 56.8% as a stabilizing force for t he inexperienced but dynamic 18-year old opposite Yingying Li that led China in scoring in week 1.

Yuan was one of a handful of Chinese Nations League players who were expected to play at the Military Championships, along with Gao Yi and Liu Yanhan, but she never appeared at that tournament. Gao and Liu are both still absent, and expected to be available for the Nations League again in week 5.

She replaces 18-year old Hanyu Yang on China’s week 4 roster, who didn’t see any court time in week 3. That’s the teams only change from week 3.

Hosting their 4th-straight week of of the Nations League, China will face Brazil, Russia, and the U.S. in week 4 in Jiangmen. Those 3 opponents have a combined 22-5 record so far in the tournament.