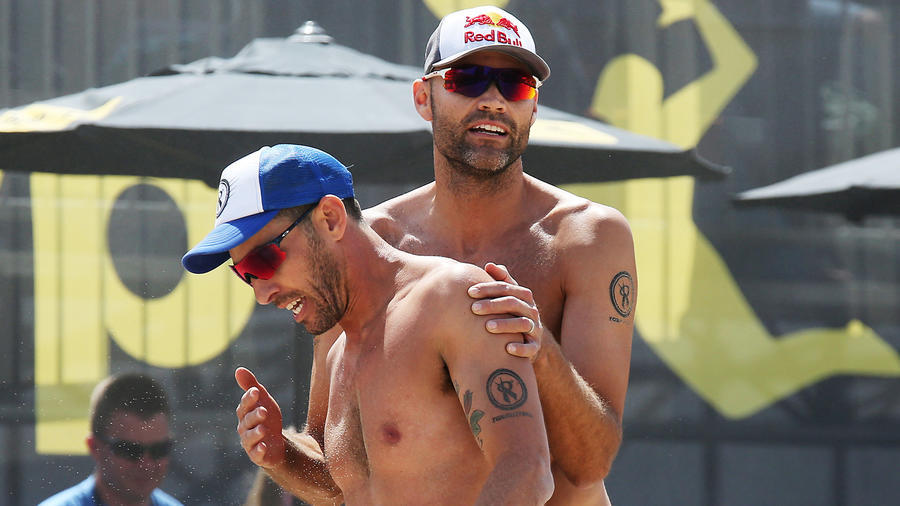 After a three-set win in the semifinals, the Olympic duo earned their second win of the tournament over Hyden/Doherty for the title. Current Photo via FIVB

Olympians Phil Dalhausser and Nick Lucena brought home the first AVP title of the season at the Huntington Beach Open on Sunday. The pair downed underdogs John Hyden and Ryan Doherty, the tournament’s seventh seed, who took out three of the top four seeds en route to the finals. Dalhausser/Lucena won the title 21-16, 21-17. It was Dalhausser’s fifth Huntington Beach title, giving him the lead over former teammate Todd Rogers for the most titles in “Surf City”.

“We really wanted to win that Fort Lauderdale event, but to come out here after waiting for three months to get a victory shows that all our practice and hard work paid off,” Lucena said.

Hyden and Doherty made their way to the championship match with upsets of No. 2 seed Theo Brunner/ Casey Patterson (21-17, 21-18) and No. 4 seed Trevor Crabb/Sean Rosenthal (14-21, 22-20, 15-11) and a 21-18, 22-20 win over top seeded Taylor Crabb/Jake Gibb in the semifinals Sunday morning.  The Huntington Beach Open marked just the second tournament as a pairing for the 44-year old Hayden and 33-year old Doherty. The duo finished fourth at the FIVB Fort Lauderdale Five-State event, Feb. 7-11, falling to Dalhausser/Lucena in the third-place match.