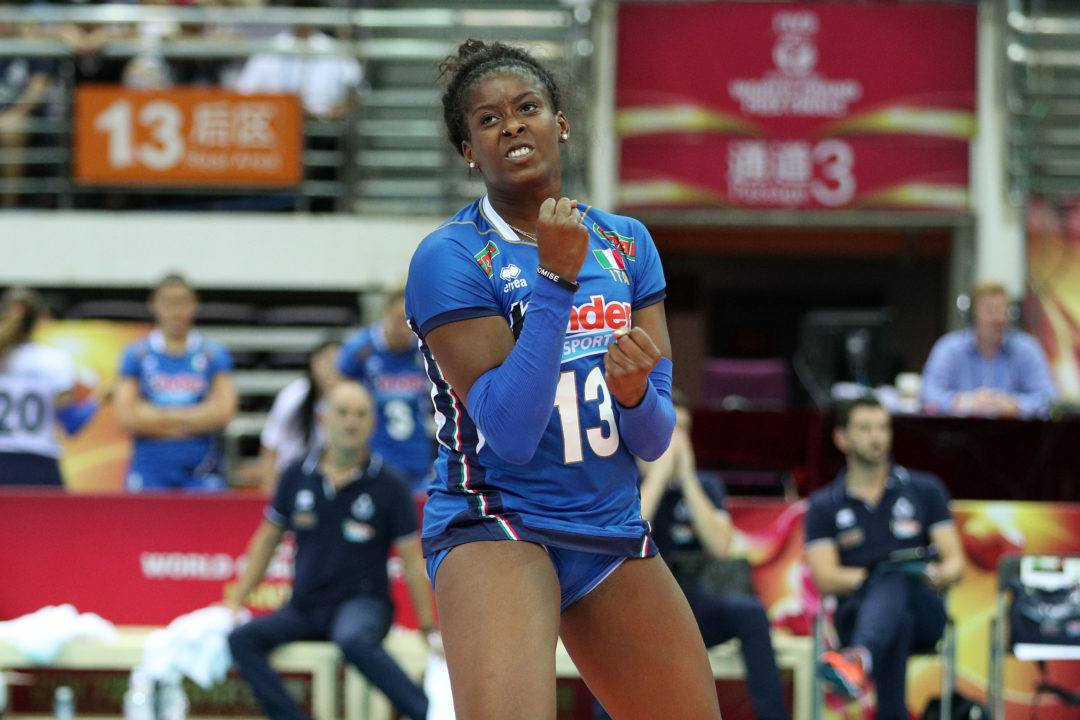 Just like with Serbia's Ana Antonijevic, Myriam Sylla's clenbuterol charges were dropped due allegations of food contamination. Both players stayed at the same hotel and ate at the same restaurants on the same dates for the 2017 Grad Prix in Nanjing, China, a country with a history of clenbuterol meat contamination. Current Photo via FIVB

As was expected after FIVB’s withdrawal of Serbia’s Ana Antonijevic’s doping charges, Gazzetta.it has announced that charges against Myriam Sylla have been dropped as well, and the athlete is now only awaiting for FIVB’s bureaucratic formalization of the matter to resume playing for Volley Bergamo of the Italian A1 League.

Both Sylla and Antonijevic had originally tested positive for clenbuterol in an antidoping exam done by FIVB in the 2017 World Grand Prix Finals. Clenbuterol is believed to be common in the Chinese food supply, with a 2011 outbreak in pork products being the most notorious. When three-time Tour de France (cycling’s premier road race event) winner Alberto Contador tested positive for the substance in 2010, he blamed it on having eaten food in China.

Due to China’s historic problems with food contamination, WADA warned athletes during the Grand Prix to only eat at restaurants approved by the sports federations or organizers. As a result of Sylla and Antonijevic staying at the same hotel and ate at the same restaurants on the same dates for the Grad Prix, and since the content of clenbuterol found in their exams were very low, both the Italian and Serbian federations raised the thesis of food poisoning, which was accepted by the FIVB.

While Serbia was able to overcome Antonijevic’s absence, the Italians weren’t so lucky without Sylla, dropping out early into the playoffs against Netherlands, which resulted in a backlash from the Italian Volleyball Federation.