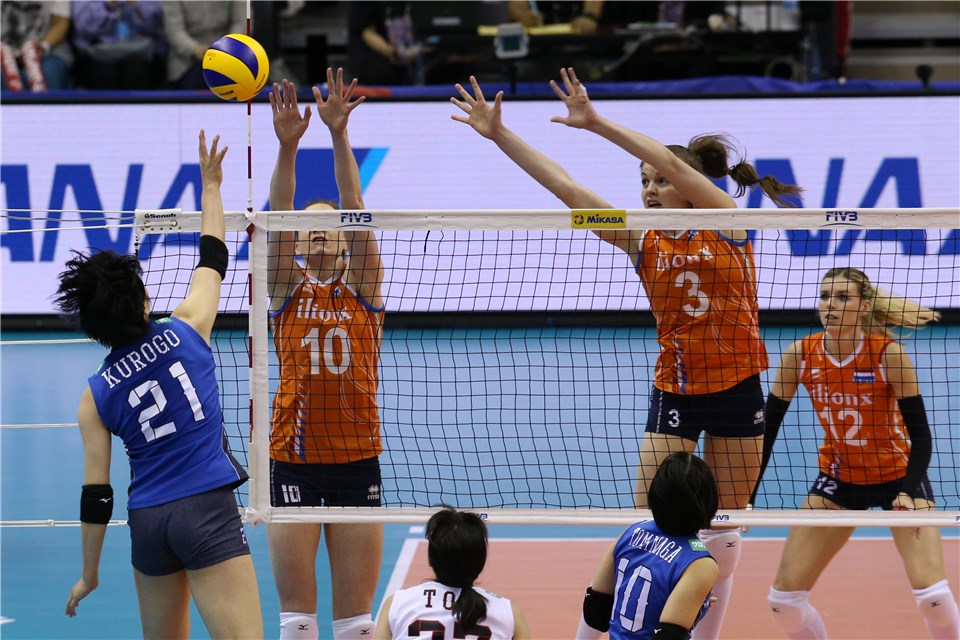 The Netherlands bounced back from its Wednesday loss to the United States with a crushing blocking effort against Japan on Thursday, en route to a sweep.  Current Photo via FIVB

The Netherlands bounced back from its Wednesday loss to the United States with a crushing blocking effort against Japan on Thursday, en route to a sweep.

The Dutch put up 14 blocks (to 4) and also kept the Japanese off balance with six aces (to 1) in the win. The Netherlands also outdid Japan offensively (42-36 in kills).

The Dutch jumped out to a 9-3 lead in Set 1 and carried it on to victory, sealing it on a stuff by Koolhaas and Bongaerts. The Netherlands pulled away late in Set 2, but again wrapped up the stanza at the net, this time with Belien issuing the denial. Japan battled in Set 3 as Ishii returned to the lineup after sitting out Set 2, but could not find an answer for the much taller Dutch side.