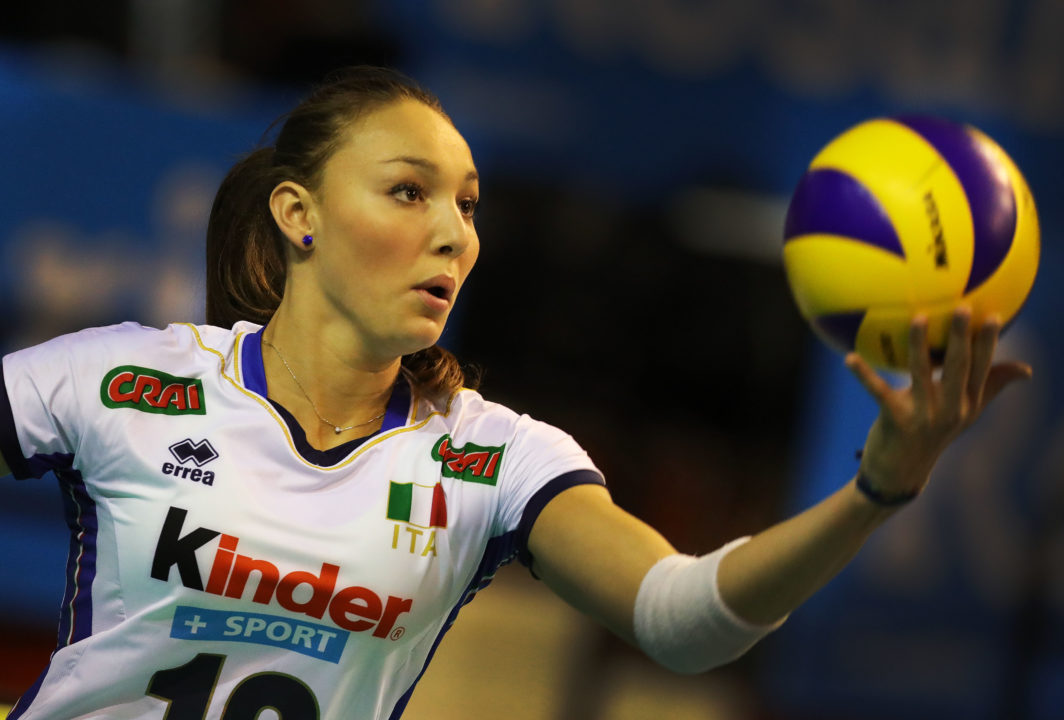 18-year old Elena Pietrini, part of an uber-young group of players already ascended to the senior National Team of Italy, hasn’t yet played at the 2018 FIVB Women’s Volleyball World Championships, and it hasn’t been for coach’s decision.

While Pietrini was not likely to start over Caterina Bosetti or Myriam Sylla quite yet at this tournament, her absence has meant the lack of a serious service threat for the Italians. Her fellow teenager Paola Egonu leads the team with 4 aces in 4 matches so far, and the team ranks just 17th out of 24 teams with 13 aces in 4 matches (although all 4 have been Italian aces). Pietrini led Italy with 19 aces at the Nations League and ranked 4th overall in the tournament.

On Wednesday, Italy will play China – who also only has 13 aces to this point of the tournament, and who is also undefeated. The winner tops the group and will carry 3 wins forward to the 2nd round of play, while the losers will place 2nd and carry forward just 2 wins. In 2014, all teams with at least 5 (counting) wins advanced to the Final 6, plus 1 out of 2 teams with 4 (counting) wins.