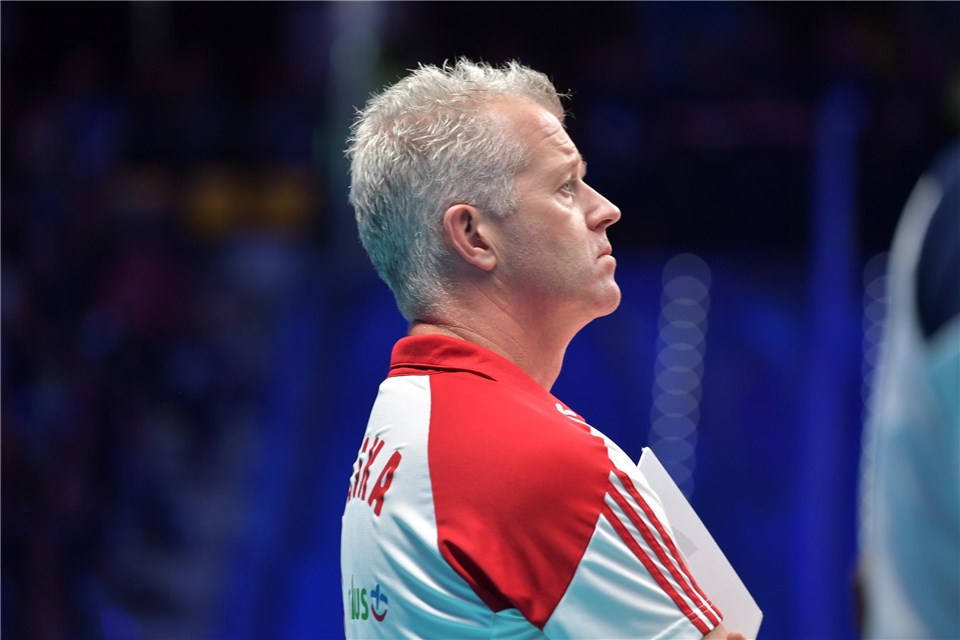 Vital Heynen is a game changer Current Photo via FIVB

I am a fan of Vital Heynen. If I had could lunch with any volleyball personality in the world, he would probably be my number #1 choice. I believe his  way of thinking volleyball, using sound contemporary scientific principles, and basic human decency, is the key to rocketing mid-tier teams into stardom. That is exactly what he did with Germany’s VfB Friedrichshafen and the German national team, thought of mediocre teams at best, to elite status and contenders at every tournament they were in.

Although it’s safe to say that the Polish squad, although not in the same tier as Germany, was in no one’s favorites list for the 2018 WCH title. As a matter of fact, less than a year ago the Polish fans were in mourning, as the country hosted the European Championships and finished in a lowly 10th place. 10 players from that team were present in the gold winning WCH roster in 2018. What then, was the difference? Ferdinando De Giorgi was the coach, and not Vital Heynen,which is not necessarily a knock on De Giorgi, byt Heynen is just that much better than his competition.

When one thinks of coaching genius, it’s normal to prioritize technical and tactical intelligence over emotional intelligence and leadership. Make no mistake, Heynen is all of that. He is never afraid to try things on the court that more conservative coaches would never dream of. However, that is to be expected of any top tier coach. Heynen’s biggest difference maker is how he excels in the “outside of the court” stuff. Heynen is the kind of coach who loves his job, his player, his team, and dare I say it, everything else that comes with it, including fans and even the media. Although his training is known to be very rigorous, he is not afraid to extensively communicate with his team, motivate his players (even with cookies), hold team-building activities (hiking, climbing, sight-seeing), learning their home-language to better communicate with them, etc. These are the little stuff that makes everyone fight harder for their coach and team.

Below, we list 6 VolleyMob articles that prove that Heynen is at the cream of the crop:

Vital Heynen Is Learning Polish To Better Communicate With His Players

Vital Heynen Motivates Players In Practice With Cakes And Cookies