Exclusive Interview: Malu Talks About Brasília’s Hopes For The Season 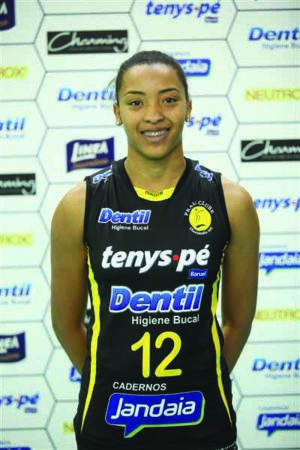 After years under the tutelate of Daymi Ramirez and Ricardo Picinin, Malu talks about being ready to fly solo Current Photo via CBV

For today’s interview we sat with one of Brazil’s youngest stars at the outside hitter position, Maria Oliveira, or simply Malu. She has just recently ended her stint with Dentil Praia Clube/Uberlândia, one of Brazil’s volleyball powerhouses, to move to Brb/Brasília in search of playing time as a starter.

Although only 24 years old, Malu has a lot of experience under her belt, having passed through Brazil’s youth national teams and having helped to promote São José Vôlei into Superliga at only 20 years of age. In Uberlândia, she had the chance to be tutored by one of the world’s premier outside hitters, Cuban Daymi Ramirez.

Malú, why did you decide to leave Dentil Praia Clube/Uberlândia, one of the biggest and richest clubs in Brazil?

I decided to leave Uberlândia to become a starter, so I can finally put into practice everything I learned as a sub. I think that this was the right decision, and it help me will grow this season as an athlete by getting more experience and spending more time on the court.

Malú, what are Brasília’s hopes and aspirations for this season? How do you fit in their roster and how do you plan on helping the team?

Brasília lost a lot of sponsorship money this season, so it couldn’t to go after big name players. Still, our main objective is to finish in the Top 8, thus making the playoffs. Despite all the criticism we’ve received as a team, we know that we are competitive enough to fight against our competition for a playoff spot. Off the court, I hope to help Brasília by passing on everything I’ve learned about volleyball to my younger teammates. On the court, I’ll do whatever is necessary to help Brasília win!

What did you learn in Uberlândia that you hope you take to your new team?

Playing at Uberlândia, with such a competent team, at the start of my career was just perfect. It helped me to develop as an athlete and as a person. I was subbing in for one of the best outside hitters in the world (Daymi Ramirez), which really helped me grow into the position. Ricardo Picinin was a sensational coach, who taught me a lot, and tested me in decisive games. I played a Superliga finals, experienced all the feelings a professional athlete could hope for. I needed all that to be able to grow and learn. This season, as a starter with more playing time, I hope to put everything I learned into practice.

I have occasionally played as an opposite hitter before. It’s a position that demands a lot of specific training. If necessary, I am down to help, as I like to have different options as a player. But in the end, I am really an outside hitter, as I have the body type and all the characteristics needed to play this position, besides liking it very much. I love the responsibility of scoring and carrying the team offensive load, being the setter’s safe choice. But if Brasília needs me, I can be a “fake opposite hitter,” no problem !!!