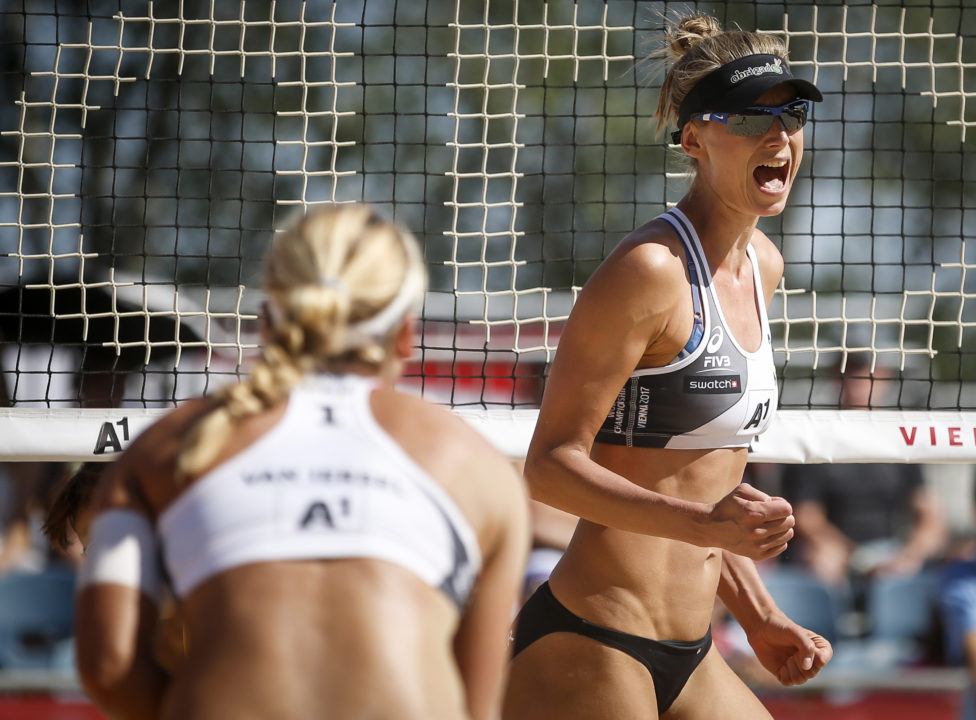 There was just one upset on Day 3 of the FIVB Beach Worlds as Dutch team Manon Nummerdor-Flier and Marleen van Iersel took down No. 18 seed Fan Wang and Yuan Yue of China in three sets. Current Photo via FIVB

Sunday was a rest day for the first six pools to begin play – D, F, G, H, I and L – while the remaining six finished their second day of competition on Sunday.

There was just one upset on Day 3 of the FIVB Beach Worlds as Dutch team Manon Nummerdor-Flier and Marleen van Iersel took down No. 18 seed Fan Wang and Yuan Yue of China in three sets. Nummerdor, the wife of 2015 silver medalist Reinder Nummerdor, and her partner grabbed the 22-20, 19-21, 15-12 win as the No. 42 seed in Pool G.

“We’ve been struggling,” Nummerdor said. “We’re a new team and we’re looking for victories and there’s progression but we’re not always getting results how we want them. To have this in the World Championships against a good team like China is great.”

The victory was one of five three-set affairs on Sunday. Brazilians Agatha Bednarczuk and Eduarda “Duda” Lisboa hung on for a 27-25, 15-21, 15-7 victory over Canada’s Julie Gordon and Camille Saxton. Australia’s Louise Bawden and Taliqua Clancy edged China’s Xue Chen and Wang Xinxin in a comeback effort, 18-21, 21-19, 17-15.

Also picking up extended wins were Ukrainians Valentyna Davidova and Ievgeniia Shchypkova and Swiss side Nina Betschart and Tanja Huberli.

Top seeded Brazilians Larissa Franca/Talita Altunes sit atop Pool A after blasting American duo Emily Day/Nicole Branagh 21-15, 21-9. The pair looks to advance to the round of 32 with a win over Germans Victoria Bieneck and Isabel Schneider on Tuesday.

Teams play each other team in their pool once. The top two teams in each of the 12 pools automatically advance to the round of 32 elimination stage. The four best 3rd-place teams (as determined by the heirarchy below) also get a free pass to the round of 32. The other eight 3rd-place teams play in “lucky losers” matches, with the winners earning spots in the 32-team bracket. 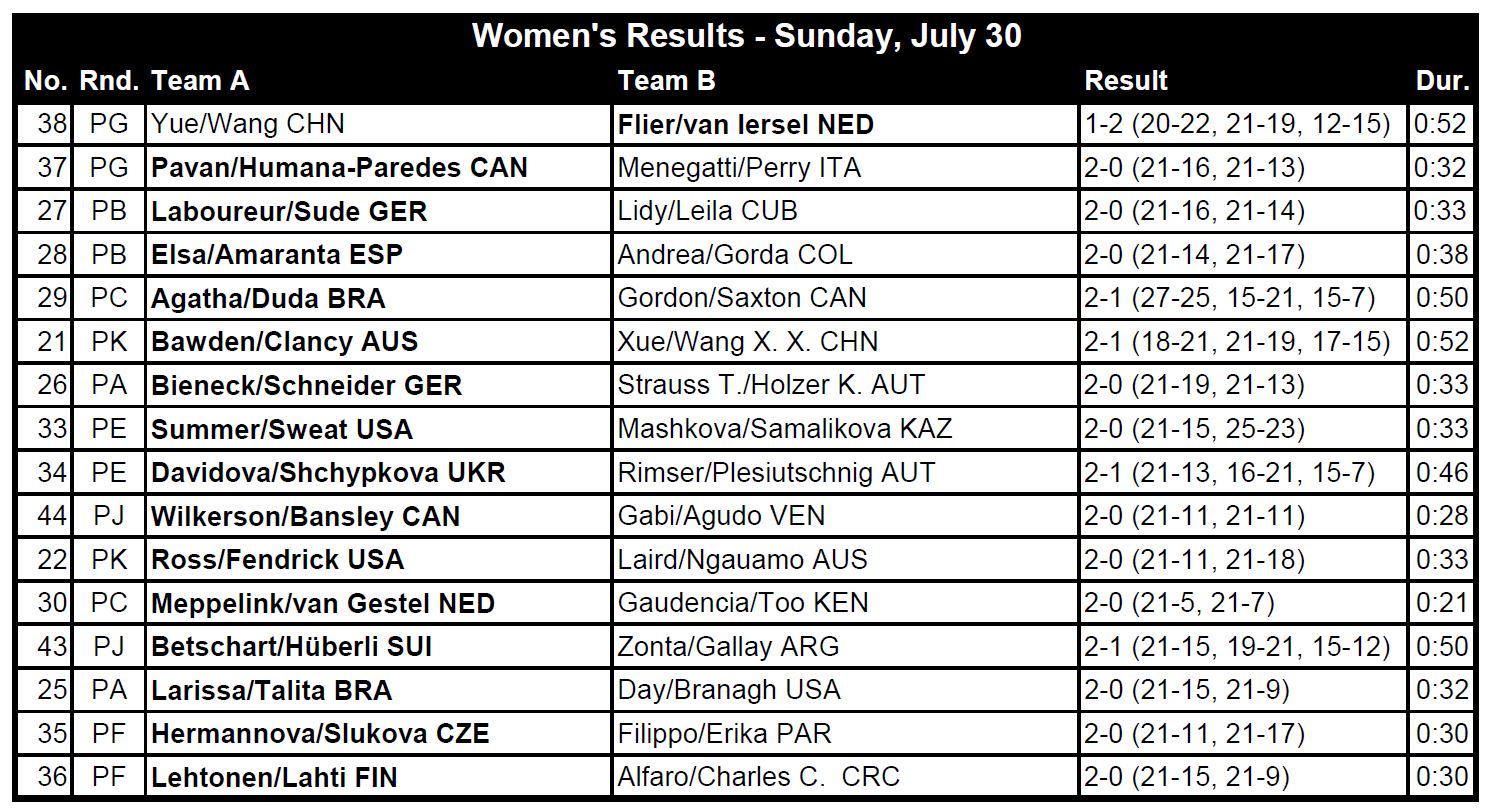