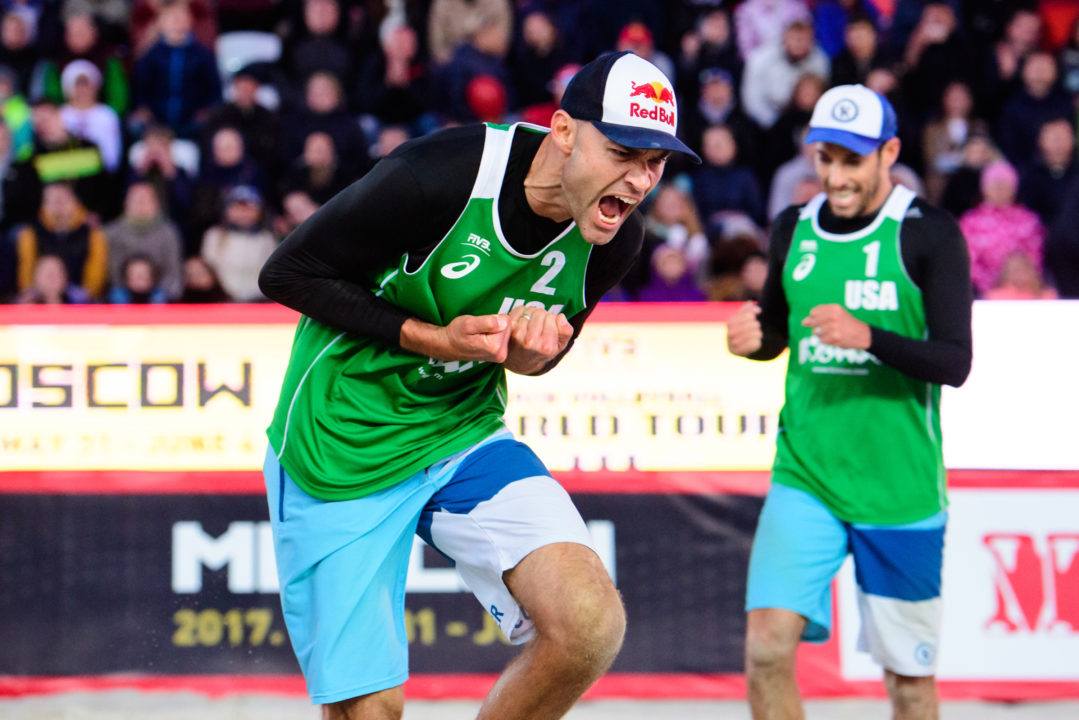 After the World Tour event in Moscow, the entrants for the 2017 FIVB Beach Volleyball World Championship in Vienna have been announced. Current Photo via FIVB

After the World Tour event in Moscow, the entrants for the 2017 FIVB Beach Volleyball World Championship in Vienna have been announced. The event will run from July 28 to August 6 with a total of $1 million in prize money to be awarded and the first place finishers earning $60,000 to split.

For both the men and women, the top-23 ranked teams qualified for the tournament automatically. These ranking are determined based on their World Rankings in FIVB events. In addition, 20 teams are added to the list based on continental quotas. Therefore, each of the five continental confederations received four entries to the World Championships.

The hosts of the tournament, Austria, received an automatic two teams through to the World Championships, while there are still three wild card selections to be chosen. Two of the wild card choice are allocated by the FIVB with the final slot being decided by the organizers of the event. Read more about the qualification process here.

Last year’s winner of the event was Brazilians Agatha Bednarczuk and former partner Barbara Seixas. Bednarczuk and new partner Eduarda ‘Duda’ Santos Lisboa were ranked at number three with the FIVB, giving them an automatic bid, while Seixas and new partner Fernanda Alves came in at sixth on the FIVB World Rankings list.

There are four American duos that are qualified for the World Championships. Summer Ross and Brooke Sweat have placed fourth and second at FIVB events this season, giving them enough points to be ranked fifth by the FIVB. April Ross and Lauren Fendrick, have teamed up for the year, qualifying for the event by having enough points to rank eighth in the standings. Kelly Claes and Sara Hughes are new to the FIVB World Tour circuit, having just completed their collegiate careers. The two are ranked high enough based off events they have participated in over the past year to be ranked 20th. The final U.S. duo to make it to the tournament is Kerri Walsh Jennings and new partner Nicole Branagh, who qualified for the event through the NORCECA qualification path.

After being the most successful men’s beach pair over the past two season, Bruno Schmidt and Alison Cerutti are looking to reclaim their 2015 World Championship title. The pair is ranked fourth in the standings, having won the Rio World Tour event just weeks ago. Coming out on top is the American duo of Phil Dalhausser and Nick Lucena, who recently won the Moscow World Tour event, while also being a dominant force on the tour over the past year.