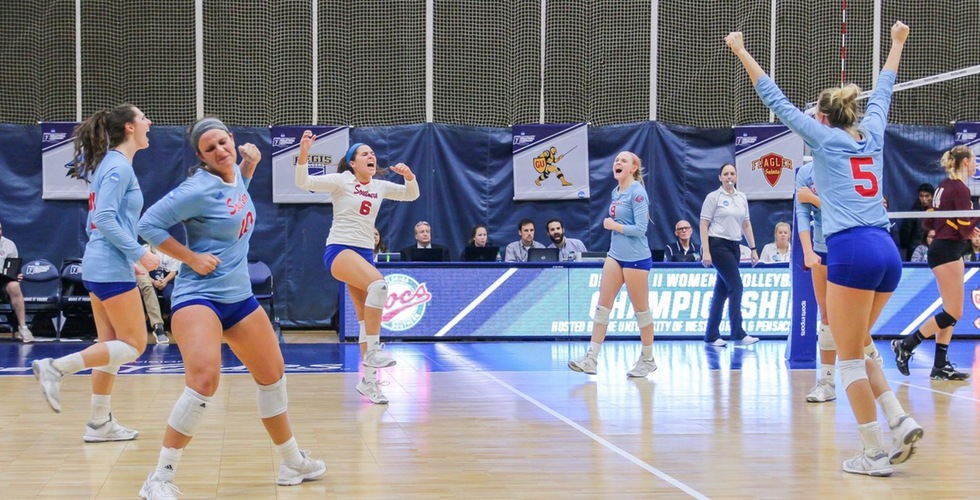 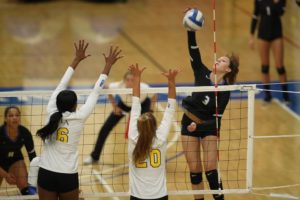 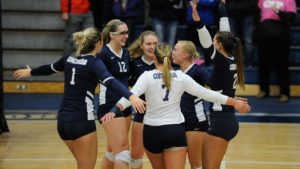 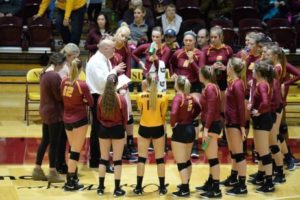 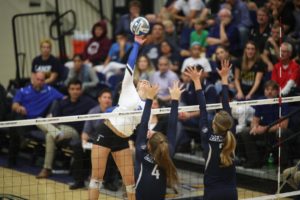 No. 3 seed Florida Southern edged past No. 7 seed Gannon in five sets in the first NCAA Division II Semifinal match. No. 1 overall seed Concordia-St. Paul advanced in a sweep of Rockhurst.

This is the first national title appearance for the Mocs, while CSP has won eight previous national titles with the last coming in 2016.

It Was Over When: Gannon took a 6-3 lead in Set 5 with two Ansec kills and Beyers ace. Florida Southern tied it up at 6, 7 and 8 before pushing ahead by two at 10-8 with help from two Martin kills and a kill and a block by Mattson. The Mocs went up four at 13-9 after putaways by Mattson and Marshall. A Tovo kill put Florida Southern on the hill at 14-10. A Marshall kill three points later clinched the victory.

It Was Over When: Set 3 featured 13 ties, including five in extra points, and eight set-point attempts. Rockhurst led by as many as four at 19-15, but CSP rallied to tie the score at 20 with a pair of Lewis kills. Later, down 22-20, the Bears scored four in a row, with kills by three different players, to gain their first match-point try at 24-22. Two kills and a block turned the tables and gave Rockhurst its first chance at the set at 25-24. A Lewis kill thwarted that attempt and Seurer and Sampson stopped the next two. A hitting error tied the score at 28 and a Lewis putaway made it 29-28 CSP. Rockhurst stopped that try with a kill by Audrey Arand, but followed with back-to-back hitting errors to end the night.

VB: @CSPBearsVB is headed back to the @NCAADII Championship after a sweep of @RUhawks! CSP will face Florida Southern tomorrow night at 5 pm as they search for their 9th title in 11 years! #BeGolden #WeAreCSP #D2VB pic.twitter.com/hVWRm9QJ9I