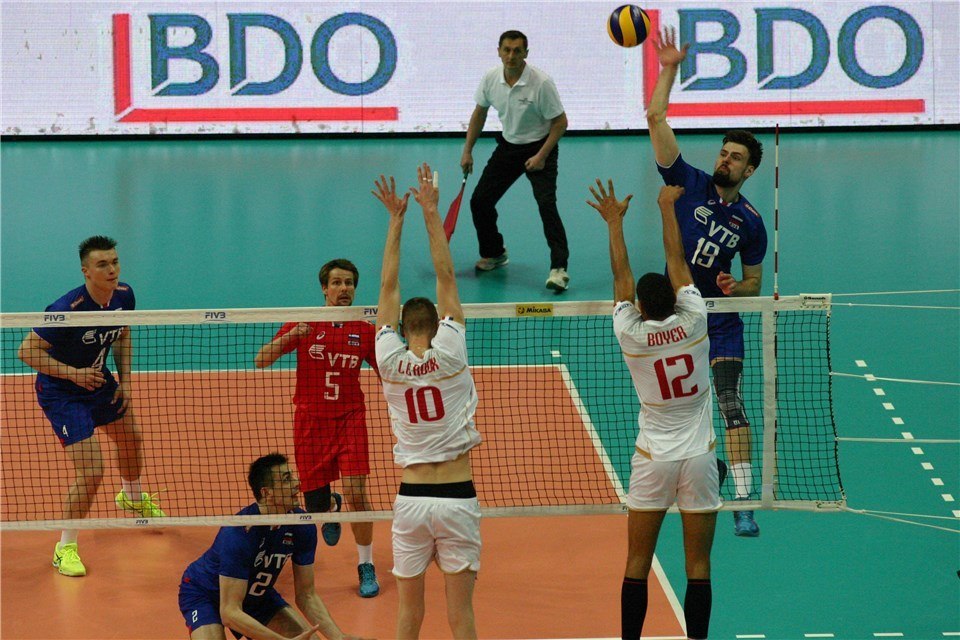 France was never really in danger, dominating set #1 and jumping to a 2-0 lead before Russia could strike with a set. It was the first set France has dropped this tournament, and the French responded by rolling to a 25-21 win in the final set to ice the victory.

Stephen Boyer, Julien Lyneel and Trevor Clevenot were dominant, with Boyer and Lyneel putting up 18 points each and Clevenot 17. The French attack was very much centered around those three, with only 6 players scoring points in all.

Russia got 17 from Maxim Zhigalov and also outblocked France 17-10. That included 4 each from Denis Birukov, Ilia Vlasov and Zhigalov.

Argentina wore down Bulgaria in a tight three-setter that started with identical 25-23 wins for each team over the first two sets.

Argentina got 19 points from Cristian Poglajen and 16 out of Gonzalo Quiroga in a rounded attack that saw four players crack 10 points. But it was no match for Bulgaria’s Tsvetan Sokolov, who was unstoppable with 29 points all his own. Nikolay Nikolov also scored 15 for the winners.

Argentina actually outspiked Bulgaria narrowly (57-55) and had 10 less errors. But Bulgaria crushed the blocks (15-8) and serves (7-4) to roll to the win.

The final matches in the pool will pit Argentina against France and Bulgaria against Russia.