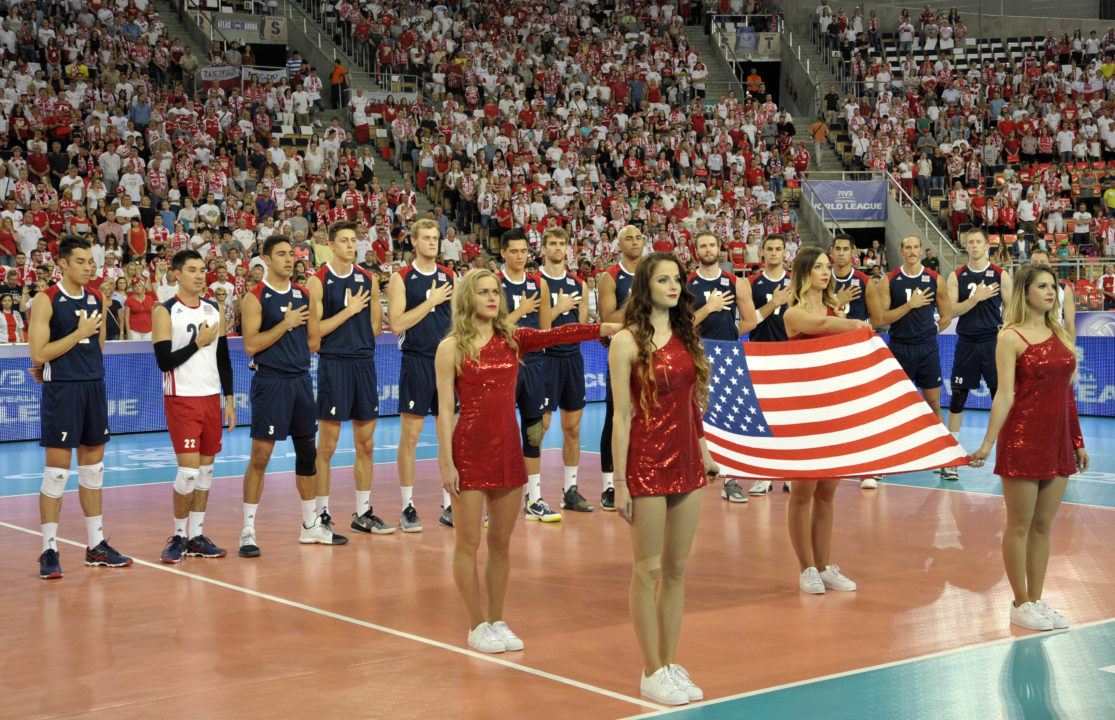 Note: Green and blue teams (the latter being the hosts Brazil) are qualified for the Final 6 in Curitaba. Italy, the last-place team, is in danger of relegation, although a rumored change in format for next season could save them.

Volleyball is a game of momentum, and rarely is that highlighted more vividly than in the World League. A pair of teams, the United States and Russia, who were dead-to-rights at the bottom of the table early in the tournament, have managed to sneak their way into the Final 6. For the United States, it came down to a game between Bulgaria and Argentina where a surging Argentina team rolled to a 3-1 victory over a Bulgarian team that had everything lined up for this match – they basically gave away their game against Brazil on Friday to line up for a badly-needed sweep of Serbia (which they got) and Argentina (which they had to have expected would be a win).

But in front of a home crowd, Argentina has looked better than they have the whole tournament, and they snared a 3-1 win to nudge the United States into the top 6 based on the 3rd criteria – sets ratio.

With that, 4 of the 6 teams from last year’s World League Final 6 have returned, including all 3 medalists (Serbia, Brazil, and France). The United States also returns, while Italy and Poland are replaced by Canada and Russia.

France finished off the Intercontinental Round with a 3-0 win over Belgium. For Belgium, the loss ended their World League season. For France, the win didn’t improve their standing in a literal sense, but their injured superstar Earvin Ngapeth made his World League debut and scored 5 points. If he’s playing well, on top of the newfound power of Stephen Boyer, France joins Brazil as heavy favorites in the Final 6.