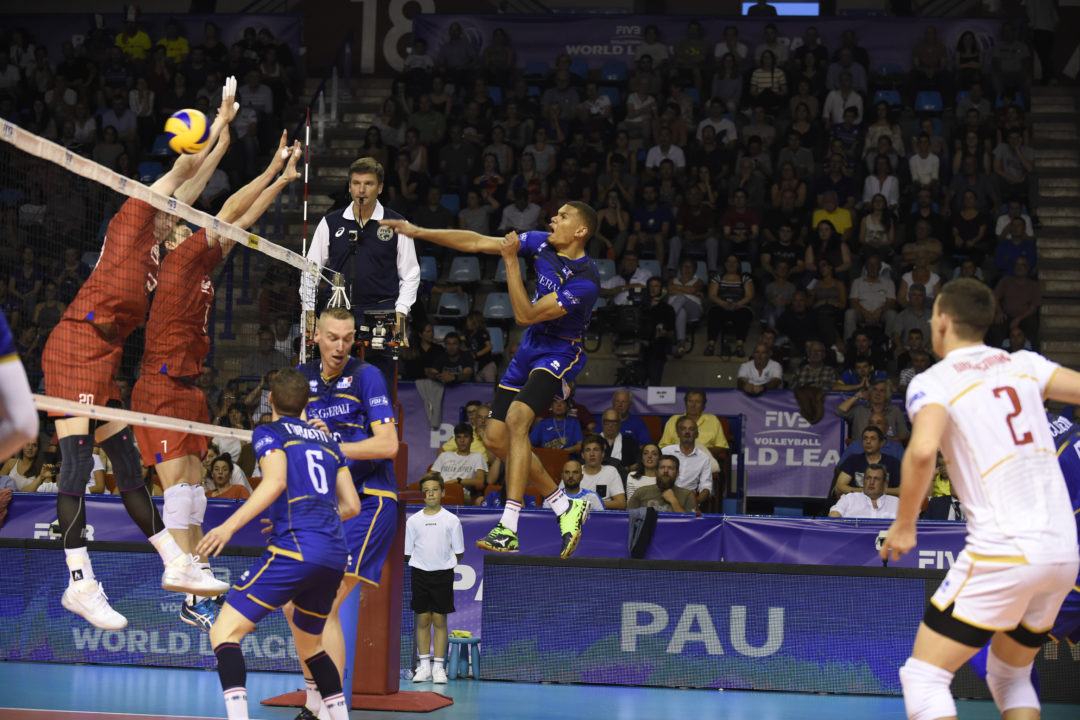 France remained perfect on Saturday at the 2017 FIVB World League, picking up their 6th win a maximum 18th point and simultaneously halting the momentum of the American side.  Current Photo via FIVB

France remained perfect on Saturday at the 2017 FIVB World League, picking up their 6th win a maximum 18th point and simultaneously halting the momentum of the American side. With the win, they have formally clinched their spot in July’s Final 6, even with a full weekend of play remaining.

Sunday was another day of expected results, as the Group 1 standings remain the same as they were on Saturday, and further the same as they were at the conclusion of Friday’s play. Serbia avenged its weekend 1 loss to Belgium. The big difference in this game was the presence of defending Group 1 MVP Marko Ivovic, who scored 13 points. Drazen Luburic received a secondary benefit from his presence, scoring a match-high 19 points (up from just 10 in the previous meeting).

The loss for Belgium wasn’t enough to knock them from 4th position, thanks in part to Canada and the United States both losing as well. Poland, meanwhile, took Canada’s spot in 5th thanks to a 3-1 win, while Bulgaria beat the defending Olympic champions Brazil 3-1 as well to also position themselves for a spot in the Final 6.

With the deepest and best-balanced World League in years, though, other than France and hosts Brazil, the battle for spots in the final 6 is wide open. Serbia is just one win away from locking up their spot as well when they play in a final group with Argentina, Bulgaria, and Brazil.

After them, every other team is still in play aside from Italy and Argentina, who are both 1-5 through 2 weekends of play.

(Blacked out in the United States)