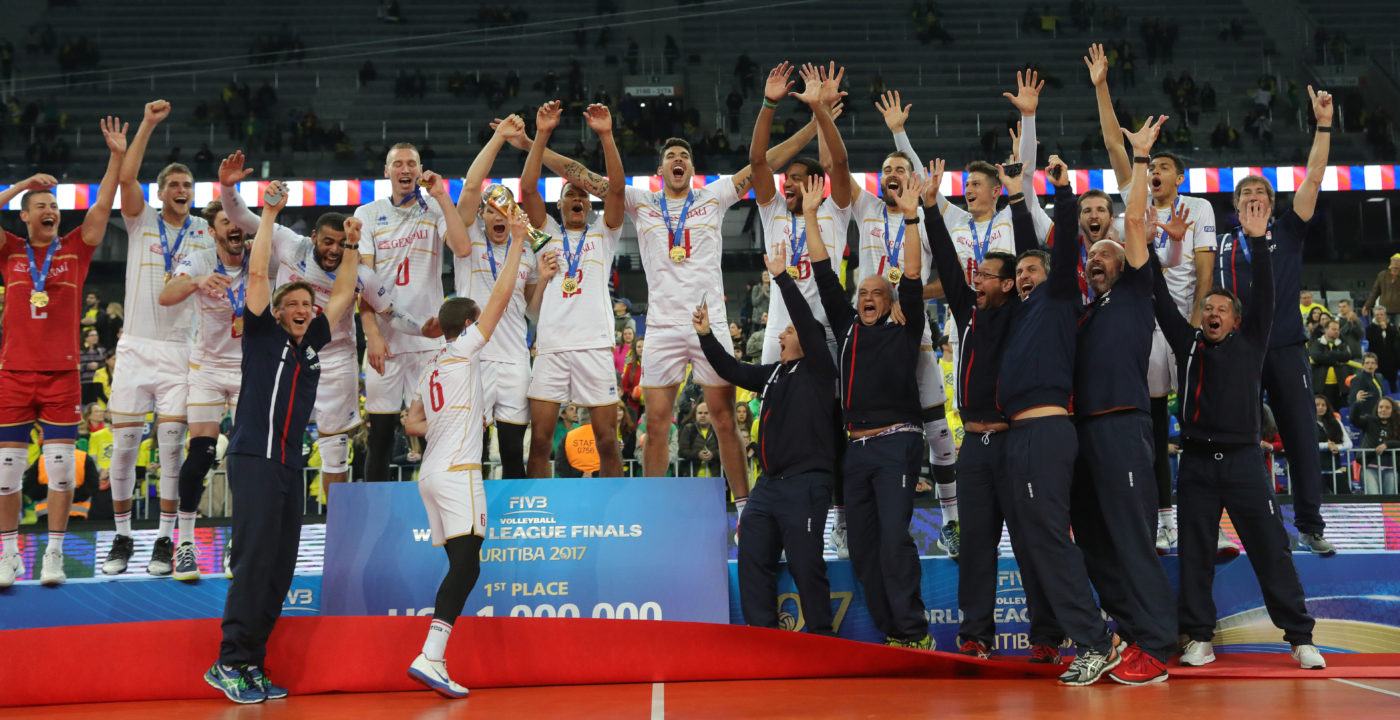 The World League concluded just weeks ago, with France taking the title away from hosts Brazil in a dramatic five-set... Current Photo via FIVB

The World League concluded just weeks ago, with France taking the title away from hosts Brazil in a dramatic five-set victory. The Canadian’s were able to take down their neighbors, Team USA, to grab the bronze medal in the competition, their biggest victory in the world stage to date.

In the finals, France’s Earvin Ngapeth made a huge comeback after sitting out for most of the preliminary rounds due to an apparent injury. Ngapeth crushed 79 points in the finals series with 68 kills, six blocks and five aces. Teammate Stephen Boyer picked up where he left off in the preliminary rounds putting down 74 points in the finals series. Boyer was the top scorer through the beginning rounds of the competition.

For Brazil, Wallace De Souza was the top scorer for his team with 71 points – he too missed most of the preliminary rounds, only joining the Brazilians for the final week of the opening rounds. Also for Brazil, Ricardo Lucarelli Souza put down another 66 points.

Leading Canada to their highest finish in a large-scale international event were John Gordon Perrin, Sharone Vernon-Evans and Graham Vigrass. Perrin put down 54 points, Vernon-Evans added another 53 while Vigrass contributed 46. Their well-balanced offense was a strong point for the Canadians throughout the competition, not relying on just one or two players to push them through.

Despite high contributions from Team USA’s Taylor Sander and Ben Patch, they were unable to handle the Canadians. Sander put down 70 points for the American side while Patch added another 52.