WATCH: All Match Replays From Day 5 of 2017 FIVB World League 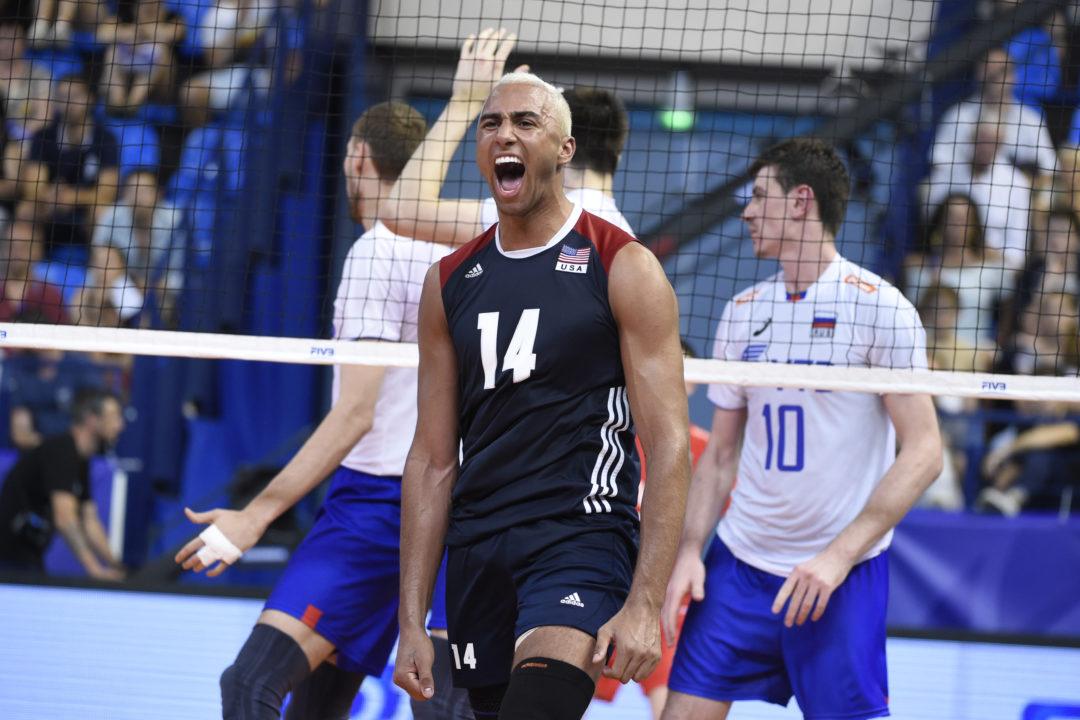 Ben Patch and he suddenly-smoldering American team have clawed their way back into position to qualify for the Final 6 in Brazil. Current Photo via FIVB

While the United States is technically the leader in Group F1 on tie-breakers (their two victories have been 3-0, whereas France’s have been 3-1), a pair of hot streaks will be put to the test on Sunday. That’s when still-unbeaten France will face off against the suddenly-surging Americans (who started 0-3, but have been dominant in their two matches so far in round 2), in front of a pro-French crowd in Pau.

The table stayed relatively stable, especially at the top, after Saturday’s action, including an identical top 4 of France, Brazil, Serbia, and Belgium as what started the day.

The biggest movers of the day are North American counterparts Canada and the United States, who jumped to 5th and 6th place in the table after beating Bulgaria and Russia, respectively.

(Full replay blacked out in the United States)