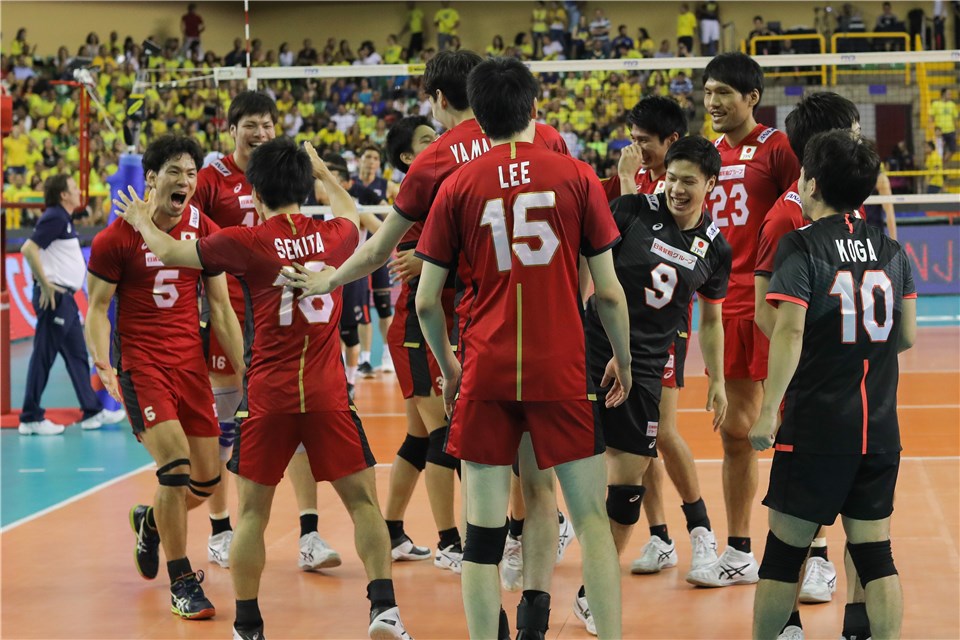 Tatsuya Fukuzawa tallied 19 points, including six in the decisive fifth set, to lift Japan past Korea in a comeback victory on Sunday.

Korea, which had not won a single set in VNL play coming into the match, boasted a 7-5 edge in the final stanza, but Fukuzawa and Issei Otake took over and lifted the Japanese to victory.

Fukuzawa’s 19 points all came on kills, while Yuji Nishida (16) and Haku Ri (11) also posted double-digit scoring efforts. Nishida turned in 14 kills and two aces, while Ri led the way from the service line with five aces to go with his six putaways. Otake and Masahiro Yanagida managed nine kills apiece, while Akihiro Yamauchi posted five kills, a team-best two blocks and an ace. Otake started just the fifth set, while playing as a substitute in sets 1, 3 and 4. Nishida did not play in Set 5.

Sung-Min Moon downed a match-high 22 points, all on kills, while Kwang-In Jeon and Jiseok Jung added 18 and 17 points respectively. Jeon and Jung each turned in 15 kills and two aces. Min-Gyu Lee notched a team-best three blocks, while Kyumin Kim added two stuffs. Korea used 13 of its 14 players including both liberos in the match.

In Set 1, Japan grabbed a 22-20 lead, but Korea refused to concede and battled to go up 27-26. A block by Yamauchi stopped that set-point try, but Jung sealed the extra-point win for the Koreans at 29-27.

Nishida came to life in Set 2 and with Fukuzawa’s help, the duo lifted Japan to a 25-19 win to even the match.

Korea built a six-point lead in Set 3 at 19-13 and earned a set-point try at 24-16 before Moon gave the team its second set victory.

The teams were knotted at 21 in Set 4 before errors took over for both sides. A net serve on set-point ruined Japan’s first attempt to extend the match. A kill by Moon kept Korea in it and eventually earned the team a match-point try, which was denied by Otake.