Greece Edges Hungary to Keep Pace with Russia, Croatia in Pool A 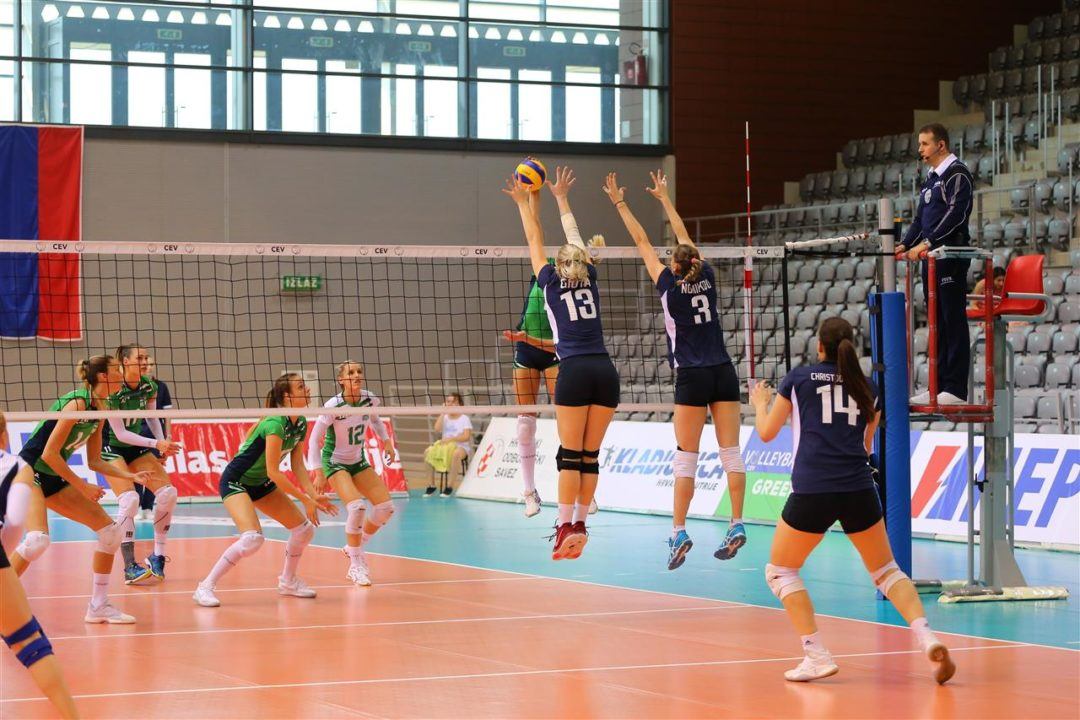 Russia and Croatia held rankings in a pair of sweeps, while No. 23 Greece took No. 17 Hungary in a five-set affair. Current Photo via CEV Volleyball

Day one of women’s qualifying action in Pool A saw two sweeps and a slight upset Wednesday in Osijek, Croatia. Russia and Croatia held rankings in a pair of sweeps, while No. 23 Greece took No. 17 Hungary in a five-set affair.

Only Women’s Pool B saw action last week, with Serbia topping that group. The remaining five women’s pools began five days of play on either Tuesday or Wednesday. Pool E began on Tuesday.

No. 1 ranked Russia had no trouble with Austria, cruising to a 25-14, 25-13, 25-15 win featuring a 62 percent hitting efficiency by the favorites. The Russians also had help from six blocks and six aces in the wire to wire wins.

“I am pleased with the performance of my players,” Austrian coach Svetlana Ilic said. “We are playing in a very difficult and challenging pool, but my players are happy that they can measure themselves up against such world-class opponents.”

The Greeks led Set 1 from start to finish, leading by as many as seven in the 25-18 win, thanks to five blocks and seven Hungarian errors. Hungary returned the favor, leading Set 2 throughout with help from three blocks and two aces. Set 3 saw Greece take the early lead, but Hungary end the stanza on a 9-6 run. Hungary took advantage of nine Greek miscues in the set and served up three aces. The momentum swung back to Greece in Set 4 with another wire-to-wire victory including 18 kills. Hungary led for much of the decisive fifth set, owning advantage of 10-8 and 12-10 only to see it slip away in a 15-13 Greek win.

In addition to its 13 blocks, Greece managed a 44 percent hitting efficiency. For its part, Hungary hit 41 percent, served up 11 aces and got help from 12 Greek service errors.

“We are disappointed, especially since we were that close to winning the match,” Hungary coach Alberto Salamoni said. “We played well and we hope for a positive result in tomorrow’s game with Austria.”

Georgia led by as many as four in the opening stanza and even had a set point chance at 26-25, before falling 28-26. Georgia thwarted set point chances at 24-23 and 25-24 before earning on of its own in the stanza. Croatia led the rest of the match, save the opening point of Set 3.

Croatia hit 59 percent for the match, rebounding from a 45 percent Set 1 effort to hit 74 percent and 64 percent in the final two stanzas. The Croatians led 6-5 in blocks and 10-6 in aces.