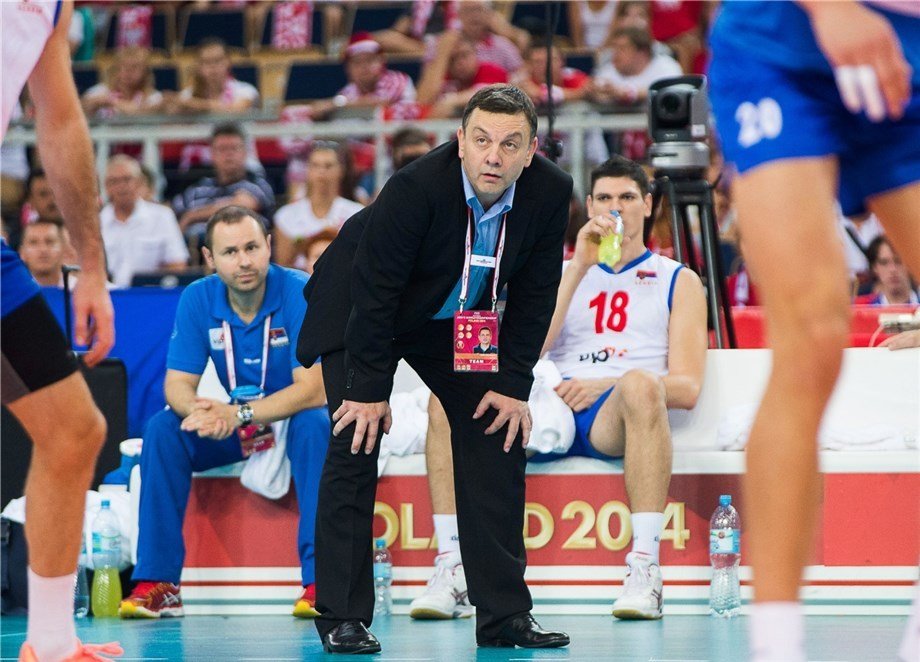 Igor Kolakovic, who previously served as the head coach of the Serbian men’s national team, was recently appointed as head coach for the Iranian national team with a two-year contract. Current Photo via FIVB

Igor Kolakovic, who previously served as the head coach of the Serbian men’s national team, was recently appointed as head coach for the Iranian national team with a two-year contract. Kolakovic also had offers to replace the Bulgarian head coach and the Argentine head coach. In December of 2016, the Federation of Iran contacted Kolakovic and asked him for a short plan for a period of four years. After submitting this, Kolakovic stated that: “A few days ago they informed me that I should come to Tehran for a meeting in the federation.”

Tasked with building on the Iranian team’s previous success, Kolakovic has warned his players that no one will be guaranteed a spot, but that they all must stay at their best in order to remain on the national team. He even went as far to say that, “You might not see some of the older faces in the team and I will call up any young player who I think deserves a place, national team is for the people and no one owns it.”

In bringing his previous Olympic experience to Iran, Kolakovic knows just how difficult it is to qualify for the Olympics: “We will have to work together to qualify. It means that we are likely to add younger players to the squad to gain experience, though there will continue to be a core of experienced players who will pass on their knowledge.” Kolakovic has announced that in order to help develop Iran’s team depth, the U23 team will be training with the senior national team.

While looking ahead to the 2020 Tokyo Olympic Games, Kolakovic made note that he is aware of the many talented Iranian players and how, because of this, he cannot limit who the team is going to use. Kolakovic holds the Iran National team in high esteem, stating that, “Today, Iran is among the world’s finest, based on both quality and potential…An important fact is that Iran is open to foreign players and coaches in both national team and its clubs, because the exchange of experience and knowledge are important factors for the development and increased quality of the Iranian players.”

“The Iranian league is getting stronger and more interesting every year. There are a lot of foreign players who raise the quality of the league, which allows the Iranian players to develop more quickly and efficiently.” This development of the Iranian players is something that Kolakovic will look to build off of for the upcoming World League play.

As the World League is coming up, Kolakovic is aware that the national team members that play in the Iranian League will just be finishing with their own seasons. “I will give players three to four weeks light training after their long league season before they have eight weeks’ full preparation for the World League.” Iran’s schedule leading up to the World League will consist of friendlies against Montenegro, Slovenia, and Poland before taking on Italy in the opening pool play match on June 2.