Inside The Numbers: A Look at the NCAA Men’s Statistics Through Week 7 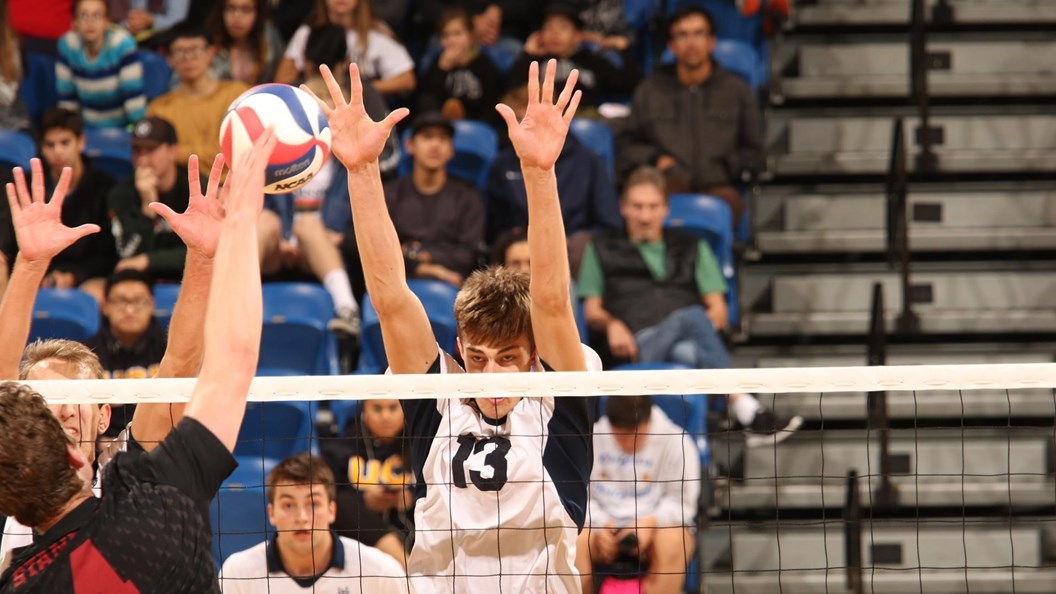 UC Irvine's Scott Stadick is putting up 1.392 stuffs per set, making him opponents' worst nightmare at the net. As a team, BYU owns the national lead in the category with 2.82 per set.  Current Photo via UC Irvine Athletics

No. 2 UCLA boasts the nation’s most efficient hitter in Daenan Gyimah, who bumped up his week 6 clip of .503 to .522 even after the Bruins’ tough four-set loss to No. 1 Long Beach State on Saturday. The Bruins’ roster also features the national leader in assists per set, Micah Ma’a (10.94). As a team, UCLA holds down the top spot in kills per set (13.47).

Individually, UC San Diego’s Tanner Syftestad continues to be the nation’s top scorer (5.93 points per set) and hitter (5.04 kills per set) although Cal State Northridge’s Arvis Greene is right behind in both categories.

UC Irvine’s Scott Stadick is putting up 1.392 stuffs per set, making him opponents’ worst nightmare at the net.