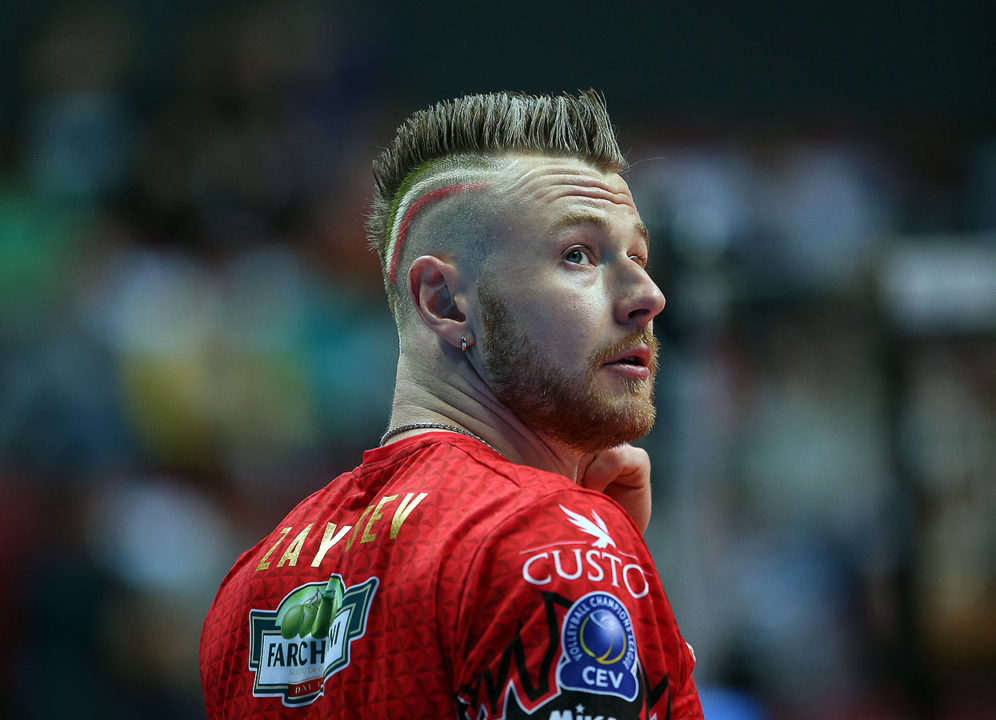 Ivan Zaytsev is back in the fold for the Italian men's National Team. Archive Photo via CEV

Italy has released their roster for the first week of the 2018 FIVB Men’s Volleyball Nations League, and for the first time since the 2016 Olympic Games, they have ‘most’ of their superstars back together for this summer’s 6-week international league tournament.

This will be the first year of the new event, which replaces the World League on the FIVB calendar, and Italy is gunning hard to improve upon their last-place performance from the 2017 World League.  Including the libero Massimo Colaci, Italy will have 4 of its 7 starters from the Olympic final in week 1 when they travel to Kraljevo, Serbia to play Germany, Serbia, and the rematch of that 2016 Olympic final against Brazil.

The Italians haven’t separated their hitters into outsides and opposites, but with Osmany Juantorena at outside and Ivan Zaytsev at opposite, but available to play either side, the Italian offense becomes instantly more potent than what we saw last summer.

Still missing are outside hitter Flippo Lanza, who is available on Italy’s 21-man roster but wasn’t chosen for week 1; 34-year old middle blocker Simone Buti and 37-year old middle blocker Emanuele Birarelli are also missing among the starters from the 2016 Olympic Team, with their future with the national team unclear. Matteo Piano, a  probable figured to fill that gap in the middle, is also absent from the entirety of the Nations League after undergoing surgery on his Achilles’ tendon.

2 members of this 14-player roster, Oleg Antonov (Russia) and Osmany Juantorena (Cuba) were born in other countries. 2 others, Ivan Zaytsev and Michele Baranowicz, were born in Italy to parents from other nations but fathers that were playing volleyball in Italy at the time.