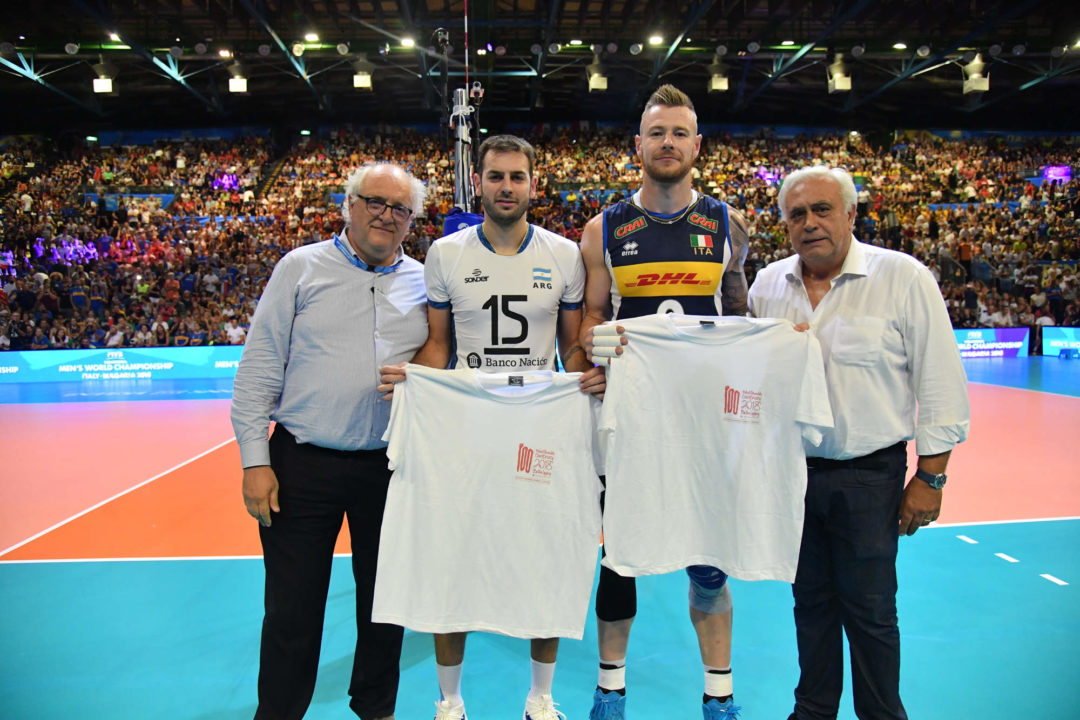 The men’s national volleyball teams of Italy and Argentina joined the celebration of 100 years since the birth of South African civil rights leader Nelson Mandela before their match on Sunday. Mandela, who died in 2013, would have turned 100 on July 18th of this year.

The arena’s own documentation says that the naming was with the hopes of achieving to primary goals: to “underline the commitment and the figure of Nelson Mandela to new generations” and to “promote solidarity initiatives towards specific humanitarian projects.” The forum is home to four permanent exhibitions on human rights, and ingrains itself in human rights missions. For example, since 2009, the concessions have been run by a social coop that supports job training for children with disabilities.

The arena plays permanent home to women’s side Il Bisonte Firenze of Italy’s Serie A1 volleyball league, in addition to other ad-hoc sporting duties.

As part of the ceremony, the captains of the two sides – Ivan Zaytsev of Italy and Luciano De Cecco of Argentina – each received a special t-shirt to commemorate the occasion. They were presented by Elio Sita, president of the local organizing committee, and Massimo Gramigni, president of the Nelson Mandela Forum association.

Italy beat Argentina 3-1 to remain undefeated in the pool.