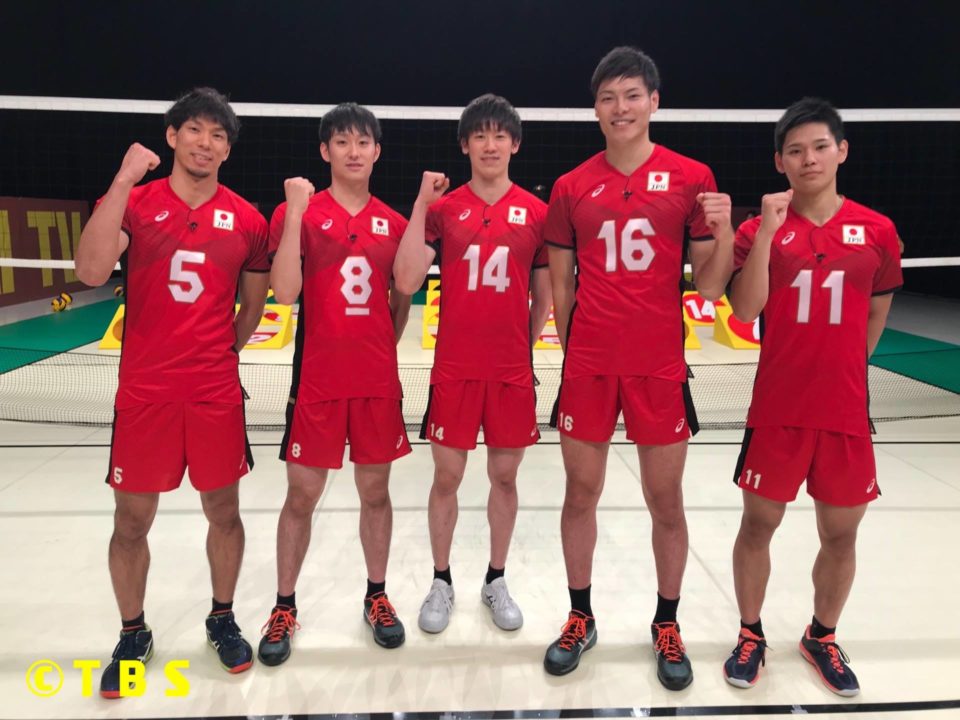 In the run up to the 2018 FIVB Volleyball Men’s World Championships, the Japanese men’s national team has gone on... Current Photo via Tokyo Broadcasting System (TBS)

In the run up to the 2018 FIVB Volleyball Men’s World Championships, the Japanese men’s national team has gone on Japanese sports gameshow, “Honoo no taiiku-kai TV”. “Honoo no taiiku-kai TV” is roughly translated to “Sports Day Fire TV” and is broadcast on Tokyo Broadcasting Systems (TBS), which is also the official Japanese broadcaster of the Men’s and Women’s World Championships in Japan. The show usually takes professional and Olympic athletes and have them try to pass puzzle challenges using their sport. For soccer players, they have 20 boxes that they have to hit in a soccer goal within a certain amount of time.

As for the Japanese men’s national team (pictured above), which had (from left to right) Tatsuya Fukuzawa, Masahiro Yanagida, Yuki Ishikawa, Kentaro Takahashi and Yuji Nishida. The team’s puzzle to complete was to hit 15 targets on a volleyball court in 100 seconds. The targets are yellow boxes with red circles inside of them that are angled upwards (similar to a digging player). Two rows of seven targets start about 3-5 feet past the 10 foot line, but the final target, #15, is in the center of the court on the back line. 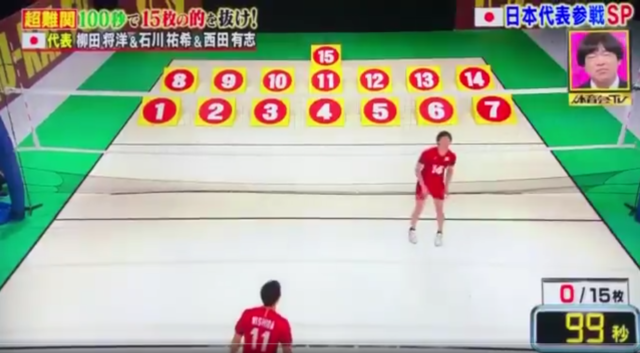 The three players could not do it, only taking down 12 targets of the 15. However in the same episode, the broadcasters went to the 2018 Japanese high school boys champion Chinzei High School of Kumamoto to see if they could match or beat the national team.