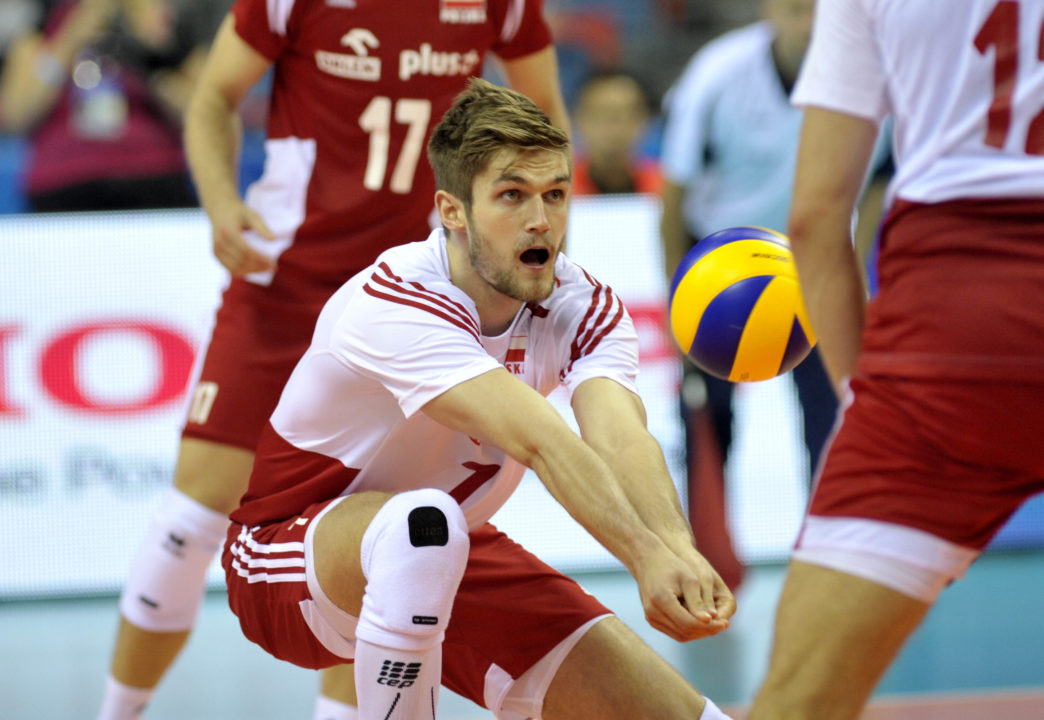 The 2018 international season will be grueling Current Photo via FIVB

Skra Belchatow’s middle blocker Karol Klos has communicated the Polish national team that he will take the year off in order to improve his health. The 28 year old has represented the team since 209 and has over 100 caps with the squad, reaching a gold medal finish with it at the 2014 FIVB World Championship, where he was also awarded the competition’s best middle blocker award.

“Health issues decided my fate this season. It’s no secret that I have had problems with my knees for a long time. I played on painkillers, there were inflammations and calcification. Speaking honestly, I could sit on the toilet, but to get up from it, I had lots of difficulty. That’s why I decided it was time to do something about it. When I gave up trying to participate in World League team a year ago, those two months of vacation helped me a lot. Thanks to it, I felt better this season, both physically and mentally, than I did in years. For the first time since the World Cup, I’m not in pain. Sometimes you have to take a step back and to be able to take two steps forward in the future. I am not saying goodbye, however, because although I have a gold medal from the world championships, I would like to win the medal at the Olympic Games.”

When Klos communicated his decision to Vital Heynen, the Polish head coach asked him to reconsider and proposed an alternative solution, to give Klos more rest time so he could join the team at a later date. Klos refused:

“I made a definitive decision. I would feel bad for the other players, as if I was getting special treatment. They would have to work when I would be resting. The coach made a very positive impression on me. He said that if I needed something, he was available and invited me to come to a training camp.”

Klos has stated to the press that after the current PlusLiga season is over, he plans to visit an Italian clinic to remove calcification from his knees. He will surely be missed as the Polish national team will try to defend its World Championship title later in the year.