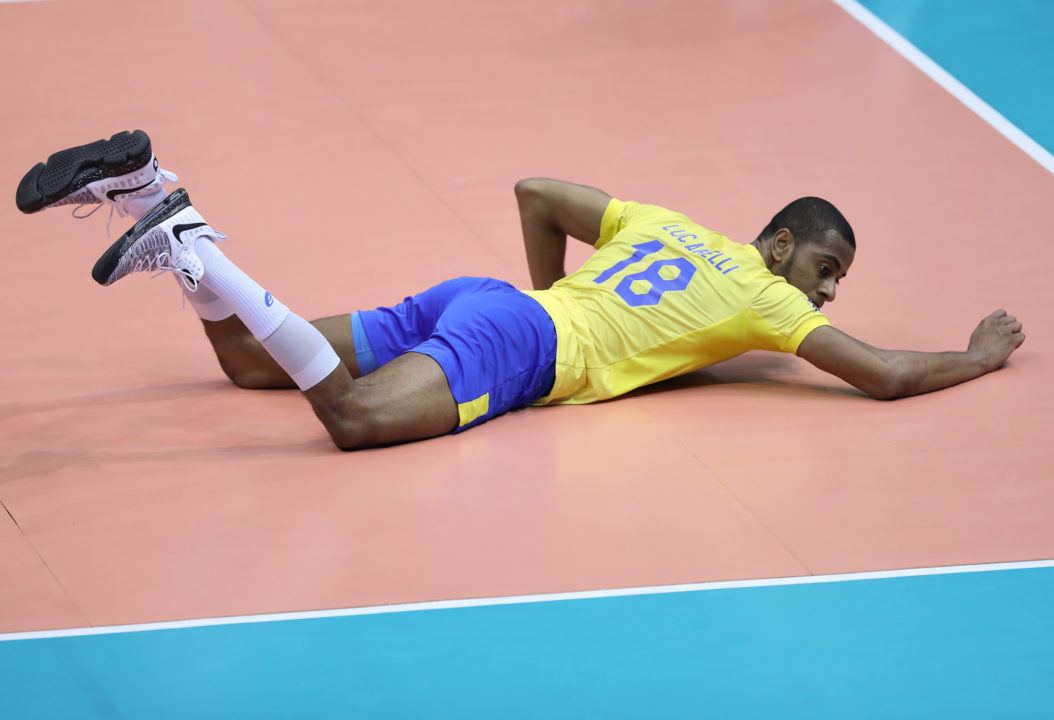 After much speculation, Brazilian outside hitter Ricardo Lucarelli has announced that he will not participate in the 2018 FIVB World Championship. His decision was shared on the official website of the Brazilian Volleyball Federation:

“There is little time left until the start of competition and I do not feel yet at an adequate level to help the team. I’m already training and playing, but it’s still a bit short of what you have to do in an intense, long championship with very strong teams and very complicated games.”

The news is bittersweet and controversial, as Lucarelli has already debuted with his club team Taubaté in its state championship, the first time he hook the court in over eight months (Globo.com):

“I could easily play another set. I’m adapting to a more intense pace. In the adrenaline of the game, it is different. So, if I force it a little extra, it’s dangerous to stay too long in the game. Coming back slowly is very important. I expect to be 100% in two or three games. It was a hard time, a complicated recovery. I wanted to come back before, but my body would not allow it, it was impossible. We did a conservative job so that I would not get injured again. I wanted to play more. I already knew it would be only a set. I’m really glad to come back. I just want to have an injury-free season to get Taubaté to reach its goals.”

Lucarelli’s decision means that Brazil will be without its two starting outside hitters in the competition, virtually eliminating it from title contention, regardless what coach Renan Dal Zotto says. Brazil will debut in the competition on September 12 against Egypt and will round out its first round pool against Canada, France, China and the Netherlands.