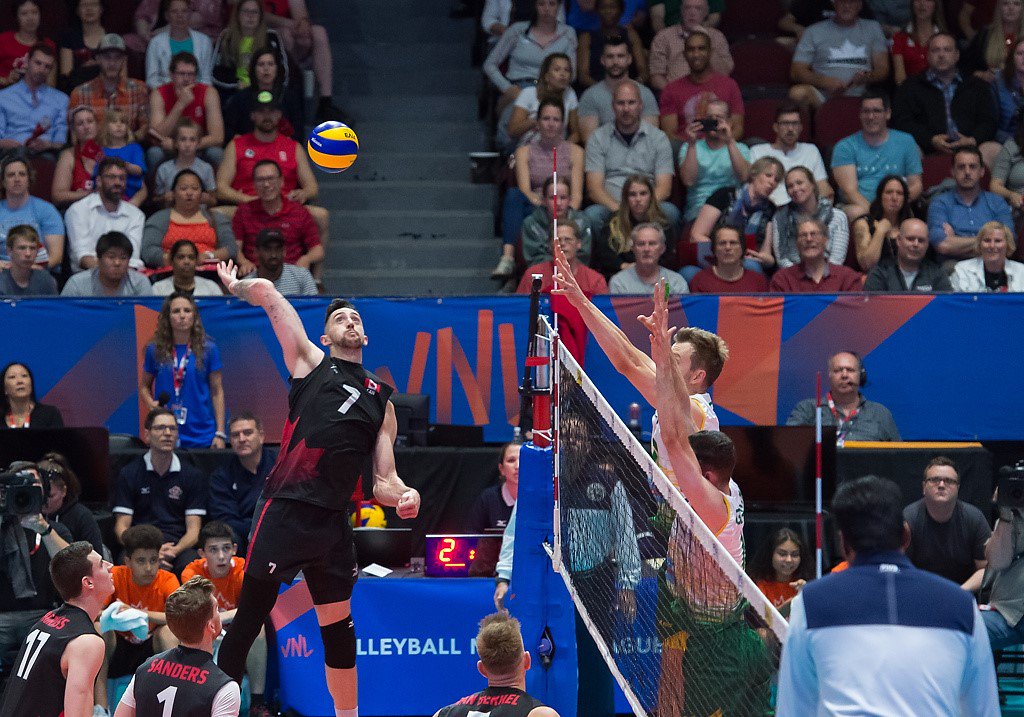 Stephen Maar and Jason Derocco led the way as Canada edged past Australia in an all-around effort to please the home crowd in Ottawa.  Current Photo via Volleyball Canada

Stephen Maar and Jason Derocco led the way as Canada edged past Australia in an all-around effort to please the home crowd in Ottawa.

Maar tallied 18 points with 16 kills and two blocks, while Derocco chipped in 17 points on 15 kills, a block and an ace. Lucas Van Berkel tacked on 11 points with six putaways, a team-best three blocks and two ace. Bradley Gunter (8) and Graham Vigrass (6) rounded out the scoring. Gunter served up a team-leading three aces, while Vigrass put up three blocks. Taylor Sanders played in all three sets, but did not take an offensive swing.

Paul Carroll posted 15 points with 14 kills and a block to lead Australia. Paul Sanderson (10) and Nehemiah Mote (9) followed, each turning in eight kills.

“It was great to win in front of the home crowd,” libero Blair Bann said. “We just need to keep going in the same atmosphere with the same effort.”

Australia led briefly at 16-15 in Set 1, but Marr and Derocco took over, guiding Canada with nine points down the stretch in a 25-19 win.

Sanderson and Carroll kept the Aussies in Set 2 and the teams were tied at 21 all. In the end, a Max Staples ace closed out a 26-24 win for the home side.

Set 3 was more of the same early on, but eventually Canada flexed it muscles and went on to a 25-19 win to claim its fifth VNL win.