Modena beats Perugia in penultimate round of the SuperLega 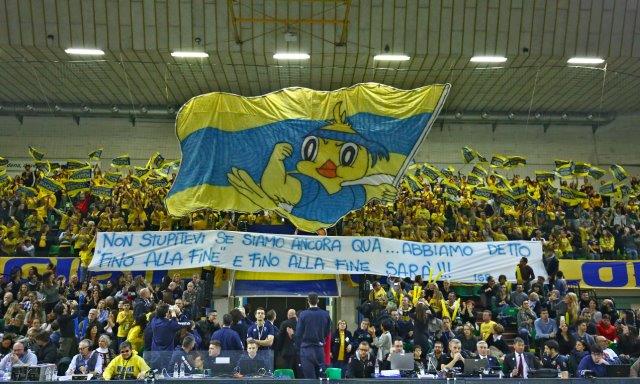 The second to last round of competition in the SuperLega brought a couple of exciting games as teams try to secure a favourable position in the 8-team playoffs. While most teams were pleased with this weekend’s results, a Ravenna 3-0 win against Monza means that Padova no longer has a chance of making the playoffs. An unfortunate result for the team as they looked like a lock after the first month.  This means that our eight playoff teams are as follows:

The matchup of the weekend that most people were looking forward to was the showdown between 1st place Perugia and 3rd place Modena.  And boy did it deliver. Both teams hit above 50% in a blistering offensive showcase that delighted the over 5000 fans that packed the PalaSport G. Panini, mostly in support of the hometown Modena. The MVP for the match was Tine Urnaut, who scored 14 kills and 5 aces that turned the momentum for Modena in pivotal moments. Bruno was also a key part of the victory, making several spectacular digs and helping turn 22% perfect passing into 52% kill efficiency. For Perugia, Aleksander Atanasijevic’s 30 points and 57% kill efficiency was not enough to overcome Modena’s gutty play despite hitting and passing better as a team. The big takeaway from this game was that Perugia, who had not lost in 2018, was beatable, which gives the rest of the SuperLega an important glimmer of hope right before the playoffs.

Piacenza almost took down Lube Civitanova in the other 5-setter of the weekend. The fact that the top3 teams in the league all played in the maximum amount of sets gives me hope for an exciting playoffs. Civitanova tried to get away with playing their backup setter Tsimafei Zhukouski in place of starter Micah Christenson, which backfired as they lost two of the first three sets. After Micah came in though, their play improved and precise passing thanks to Jenia Grebennikov (33%) and Osmany Juantorena (30%) helped on their path to victory. Piacenza played a fantastic match as well, and their play recently (7-3 in their last 10) bodes well for a potential dark horse run in the playoffs. Alessandro Fei continues his unprecedented run of play, scoring 14 times on 27 attacks with 2 blocks and 6 aces despite being less than a year away from celebrating his 40th birthday.

Last games of the regular season! Only relevant games involve the teams in positions 6, 7 and 8. So Piacenza, Milano and Ravenna. They will likely try and do whatever they can to avoid a first round match with Perugia, who have only lost 3 games this season in the SuperLega and none in the Champions League.