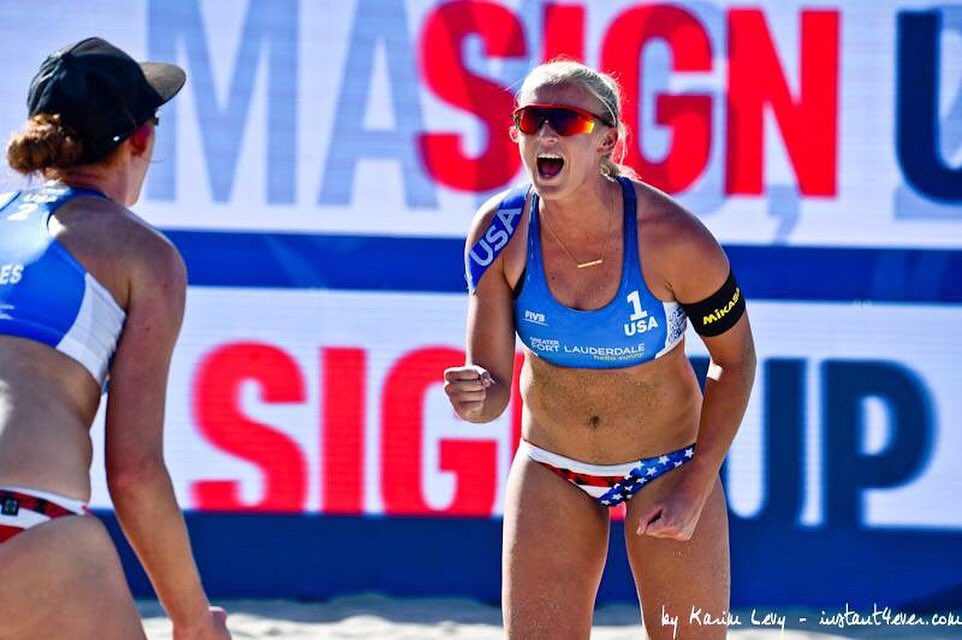 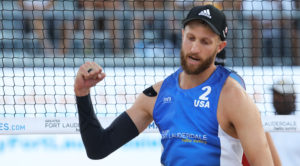 After three pool play matches in each of the eight pools, eight teams have claimed a spot in the second round of the main draw.

Three of the top five seeds picked up a pair of wins and pool crowns to move on.

Americans Lauren Fendrick/Nicole Branaugh, the No. 1 overall seed won both of their matches in straight sets, as did No. 2 Melissa Humana-Paredes/Sarah Pavan of Canada and No. 4 Barbora Hermannova/Marketa Slukova from the Czech Republic.

Americans Kelly Claes/Sara Hughes, the No. 11 seed, bounced back after dropping its opening set against Spain’s Liliana Fernandez Steiner/Elsa Baquerizo McMillan (Spain) to win four straight, including a two-set win over No. 6 seed Tanja Huberli/Nina Betschart of Switzerland.

No. 23 Sandra Ittlinger/Kim Behrens of Germany upset ninth-seeded Brazilians Barbara/Fernanda in three sets, after falling 21-15 in the opening set, then recovered to cap that win and one over No. 26 Joy Stubbe/Marleen Van Iersel from the Netherlands.