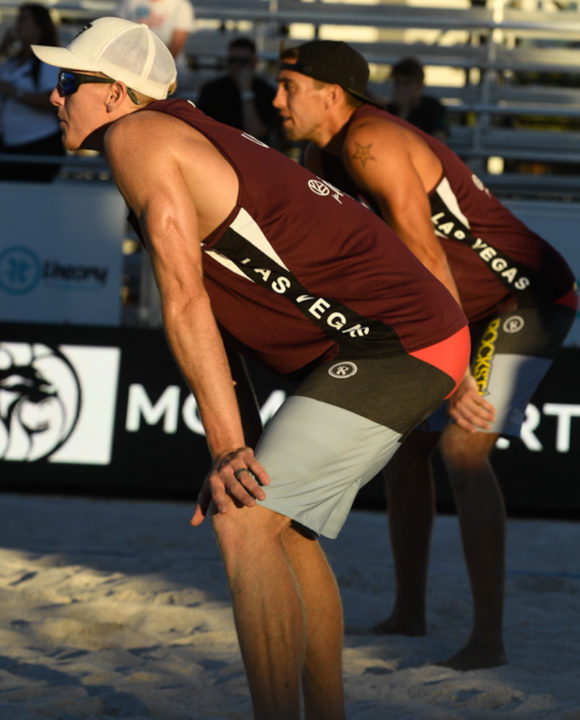 Teams from seven different countries make up the men's quarterfinal field with top seeded Taylor Crabb/Jake Gibb and qualifiers Tri Bourne/Trevor Crabb highlighting the field. Both American pairs won their respective pools and claimed their spot in the quarters with tiebreak victories in Round 2.  Current Photo via FIVB

Top seeded Taylor Crabb/Jake Gibb and qualifiers Tri Bourne/Trevor Crabb claimed their spot in the quarters with tiebreak victories in Round 2 after winning pool titles on Thursday.

Joining the Americans in the final eight are:

Five of the eight Round 2 matches went the distance. No. 19 Crabb/Bourne were the lone pair out of the five winners that dropped their opening set, rebounding for a 19-21, 23-21, 15-9 win over Germany’s Philipp Bergmann/Yannick Harms.

Ricardo/Alvaro Filho and Herrera/Gavira were the only two quarterfinalists that had to play in the first knockout round. The remaining six earned a bye to Round 2 after winning their respective pool titles.